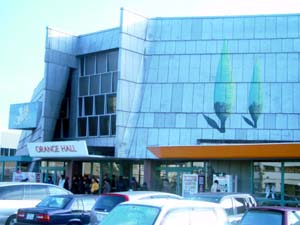 fourteen rounds of swiss, the field has been narrowed down to the Top 8. Itaru Ishida leads the pack as the first seed, playing blue-black Reanimator. Akira Asahara has followed up winning the traditional end of year tournament in Japan with a Top 8 this weekend, playing the infinite life Loop Junktion deck. Asahara is no stranger to Extended success, as he has placed in the Top 16 of the last two Extended Pro Tours. One of his very good friends, Chikara Nakajima, is his Quarterfinal opponent. Nakajima usually gets decks from Asahara, but since Asahara was occupied with Pro Tour Amsterdam and had to get his deck from Masami Ibamoto, Nakajima got his deck from Magic writer and respected deckbuilder Kazuya Hirabayashi. Both are playing Dancing Ghoul, and Hirabayashi is in the Top 8 as well, squeaking into eighth seed on tiebreakers. Rounding out the Top 8 are Grand Prix Hong Kong Top 4 finisher Shinsuke Hayashi, Nationals Top 8 finisher Kazuma Shiki, Korean SangRyeol Lee, and Asuka Doi. Keep checking our live coverage to see who walks home a champion.