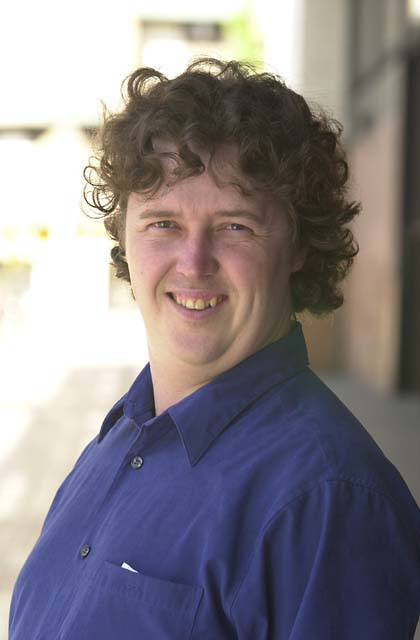 In a Top 8 with a lot of fresh faces looking to hit it big, it is always nice to find an older player making a comeback. Comer, a thirty-two year old San Diego Software Engineer, is famous for his good constant humor. This is Alan's fifth major Top 8 (Pro Tour Los Angeles 97 - third, World 98 - eighth, Team Pro Tour 99 - second with Games Empire and fifth in Pro Tour Chicago 99). After a long period away from the spotlight, and almost falling off the gravy train, Alan finally returned to the fabled third day.

His opponent is Brad Swan. Unfazed by his quarterfinal's opponent, Comer is sticking to the lessons learned during the Pro Tour for the Top 8 draft. While he flew into Barcelona with plans to go Blue-Black and then splash Red or White, he quickly learned that he should take audibles at the first sign of trouble.

That strategy led to very unorthodox and interesting drafts: "No one expects you to cast Exclude with a Fertile Ground and two Forests. Then on the next turn I drop a kicked Phyrexian Scuta", Alan explains with a hearty laugh. A good example of that was the second draft of the first day where his deck had a very large Green base with three cards from each of the other four colors.

Those experiments nailed him a respectable 5-2 on the Day 1. While more than enough to make it to Day 2, it forced Alan to produce a Super Saturday to finish in the Top 8. The upshot of his rogue success is that players will not know his plans for Sunday.

He needed to climb out of the pack on the Day 2 and he just took the simpler road: completely dominating the second day with a 6-0-1. In fact, he could have been 7-0 but he force fed an intentional draw to Darwin Kastle. It seems Kastle refused the draw at the start of the match, again after Comer won the first game and again when Darwin won the second one. Alan then put on his game face and completely dominated the third game. With Kastle inches away from a crushing defeat, Comer once again offered the draw. This time Kastle didn't refuse.

His plans for the money are also not rock solid, although they surely include taking his friends to Las Vegas for some good times. This Top 8 feels especially good because Alan was starting to doubt his ability. "I have been very self-conscious about my play lately and it is a real pleasant surprise to reach the Top 8. I even had to postpone my flight and find a hotel room for the extra night."