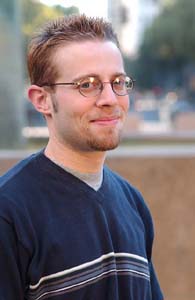 It's unconfirmed, but the initial guess is that Andy Wolf may hold the record for the longest time between Pro Tour Top 8 appearances. Wolf's last - and only other - Sunday matches were played four years ago aboard the Queen Mary with cards like Sarcomancy and Spinal Graft.

Between 1997 and 2001, his career didn't have many highlights, but the 28-year-old Atlantan never "hung up the wand." Instead he kept at it, and his persistence has paid dividends in the last year with an appearance in the finals at Grand Prix - Minneapolis and now another Pro Tour Top 8.

Wolf is pleased that he "still has it," noting that with a full-time job as a graphic designer, he cannot dedicate too large a chunk of his time to Magic. "I really enjoy playing," he said, "but I try to keep it in perspective."

Atlanta does have a strong group of players, like Sol Malka, Joe Crosby, and Matt Ranks, so when he does play, its worth his while. Plus Wolf has a long-standing rapport with Team Deadguy. "He's as close to being a Deadguy as you can get without being one," said retired Dead person Worth Wollpert.

Wolf was there for Deadguy's greatest moment in 1998 at Pro Tour LA, and while that team's glory days are gone, Wolf is proving himself to be a force in the present, not just the past.