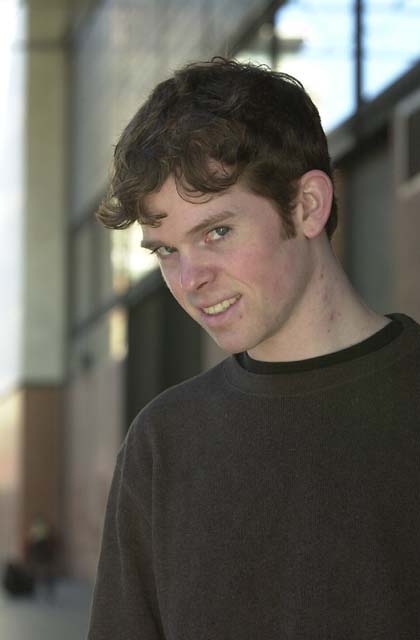 In the middle of the sea of tables still playing the twelfth round, a twenty-one year old American stood up with a beaming smile. For the more cynical among the watching crowd, that was a rare sight: Dan Clegg ending a round in less than fifty minutes.

"I guess I deserve the reputation. I play slower when I'm tired but then again I never get enough sleep at Pro Tours." He explained with a weary smile.

The American, now residing in Kansas City, Missouri, had just taken a huge step on the road to establishing himself in his new career: playing Magic. With this win, Dan had just stamped his ticket for the elusive Top 8. So far, his biggest achievements had been a fourteenth place finish at the last Worlds and a third place in the last Team Pro Tour, as one of the members of Rolled-Up Aces, along with Shawn and Thomas Keller.

His first day was a dream for anyone who decides to pursue a professional Magic career: 7-0. Dan headed out to his hotel with his feet barely touching the floor, in deep awe over his result. "It was just a great feeling. The kind of thing you always dream of but never honestly expect to do. Just great."

The second day brought him right back to earth with a draft that started with a great mix of Black-Blue in the first pack but quickly turned into a nightmare in the second and third. Forced to rely on a shaky card pool, Dan faced some agonizing situations in the four following rounds, but put up a 2-1-1 record to claim first seed.

Dan's draft strategy is very, very relaxed and he intends to stick to it in the Top 8: "I have been avoiding Green in the last drafts, but I will take whatever is coming."

As the day progressed, Clegg started to get visibly swamped by the tough matches, especially his recurring duels with Scott Johns. When he sat down for the second draft, he was faced with a mixed table whose highlights were Scott Johns, Patrick Mello and Kai Budde.

The packs worked their magic to calm him down has he slowly built a great deck that won win the next two rounds sealing his trip to the fabled Top 8. The first win, again his perpetual opponent Scott Johns, was again a hard fought three-game titanic battle. In fact it was the third match up between these two this weekend. They first met in the last round of the Day 1, fighting for the 7-0. On Saturday they squared off in the first pod with Scott winning that one.

Despite being able to draw in the last round, and after consulting Mike Turian and Kyle Rose, Clegg decided to play versus Albertus Law to jockey for the top position in tomorrow's draft. He ended up winning that match as well finishing the Swiss portion in the coveted top position.

Although you can see from his gaze that money is not the issue, the prize and the Pro Tour points will carry Dan further down the road to a professional Magic playing career. "I'm excited and tired," was all he could mutter, still shaken and surrounded by smiling friends, when asked how he felt about his result so far.