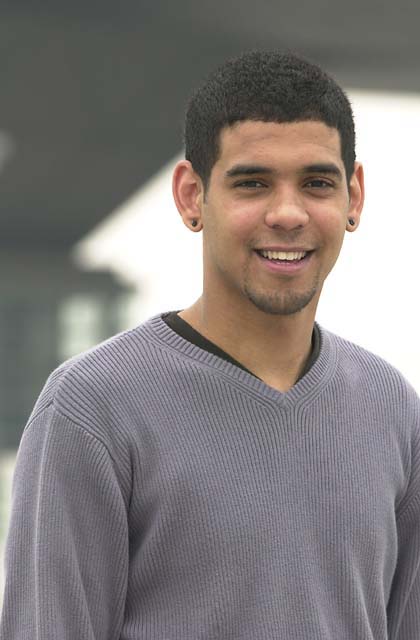 This success still feels somewhat unbelievable to Dave Williams, one of Magic's most popular pro players. Outspoken, sometimes brash, and always colorful, Dave Williams' rise to the Top 8 of this Tour is seen by many as a long time in the coming. Williams top finish in a Pro Tour is 20th, and though he has had a lot of success on the Grand Prix circuit, he has yet to have a victory. The final round was somewhat upsetting to the Texas superstar, where he played against long-time friend and fellow Texan Bryan Hubble for the position in the Top 8.

Williams is playing a Black/Red deck called 'DC-10' designed by several Wisconsin players. The control deck uses a significant amount of discard, and then several come-into-play effects from Crypt Angel, Thunderscape Battlemage, and Flametongue Kavu. The basic goal of the deck is to leave the opponent with few options, and force them into a situation where they have to draw something from the deck to stay in the game. He's been pleased with it all weekend.

"When you have 'the deck,' things just go right. I knew that every draw I had would give me draws that would usually be better than my opponent. With this deck, every draw feels like a topdeck. As long as I don't play Zvi, I think I can win. When you draw six lands with this deck, it is just amazing. Even against Zvi, I do have Agonizing Demise in the sideboard to deal with all of his Protection from Red."

"I feel like I have nothing to complain about, and I'm always complaining. It just doesn't feel real. It always feels like I'm on the bad end of luck. In Grand Prix Rio, I was 10-2 going into the last end of the tournament, and I got paired down. My opponent had to play, and I lost, but then I made 9th on tiebreakers. Luck just doesn't seem to go with me."

Williams is going to need some luck against his first round opponent. Tsuyoshi Fujita's Black/Blue control deck beat Daniel O'Mahoney-Schwartz in the Swiss. Dan was playing the same deck Williams is using.

"If I beat Fujita, I think I have a great chance. This deck is just so good against Green/Red, and there are four of them in Top 8. I never thought I'd be able to say this, but I think that I might be able to win this whole thing. God, I must be dreaming!"