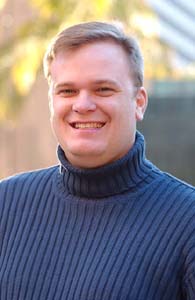 To many in the Magic community, the true sign of accomplishment is to make Top 8 at a Pro Tour. By fighting through two days of swiss competition and coming out on top of hundreds of players around the globe, a player proves that he is among the best in the world. As every year passed since the beginning of the Pro Tour, more and more players got to add their names to the elite list of Top 8 finishers in their time. From Paul McCabe to Jon Finkel and Kai Budde, each era of Magic history has had its own icons.

Don Gallitz has been on the Pro Tour through each of those eras, and through the course of six years never made a Top 8. He kept showing up, and placed consistently well through each season, but never got to play on a Sunday. His play skill was well respected among his peers, but without that one definitive accomplishment that is used as a measuring stick for competitive Magic careers, something was missing. This weekend, Gallitz finally earned that recognition. Once he won his final swiss match to advance to Sunday, he shouted with excitement, as many players walked up to congratulate him.

So, this story is rather, simple, right? Veteran pro makes Top 8, accomplishes something that took a long time, and goes on to more success. Not quite. Gallitz said that this would be his last Pro Tour, and stands by that statement even after making Top 8. However, anyone who was watching his Semifinal match can attest to the fact that Gallitz was having a great deal of fun, even when losing. He played to the crowd better than anyone else in Pro Tour history. Perhaps it was the pent up frustration of never making it to that point, or Gallitz simply living out what he always imagined he would do in that position. The one thing that is certain is that he had nearly everyone watching his match thoroughly entertained.

The buzz around San Diego right now is that Gallitz will not leave the game, because he seemed to be having too much fun while playing. If he does decide not to leave, he may find himself back on stage on Sunday once again, and it may not take another six years to accomplish. Regardless, even if Gallitz never picks up a deck of Magic cards again, he can be happy knowing that he did make a Pro Tour Top 8.