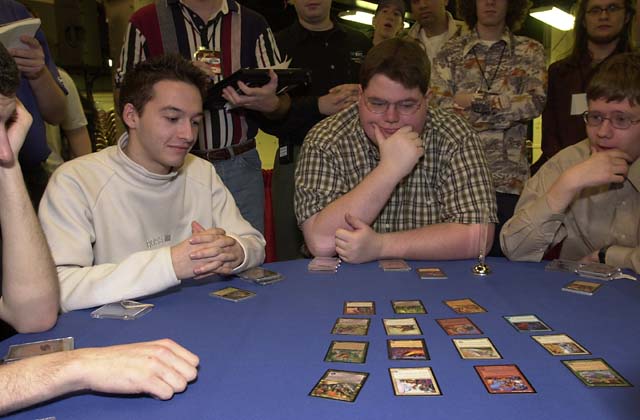 What better way to learn about a draft format than watch the eight players who proved to be most successful at it duke it out for the top prize.

Going into the Top 8 as the #1 seed, Mike Pustilnik had an opportunity to choose where the draft is going to begin. He made an interesting decision. Conventional wisdom says that seats #3 and #4 are best, seat 5-7 are solid and 8-1 are pretty bad. Pustilnik chose to place his first round opponent Lawrence Creech into the much undesirable seat one, ending up in a decent seat 5, rather than take the best possible seat for himself.

Creech opened a draft by grabbing a Razortooth Griffin over a number of arguably better cards in other color, indicating his desire to draft white. Gurney took Cinder Shade, but his neighbor Ekebom was not looking to give up black - he drafted Soul Burn, promising a war. Cornelissen took a green card, Pustilnik a white card, Finkel a red card. Klauser and Rose picked up some mediocre cards.

Over the next several packs, players set into the following colors: 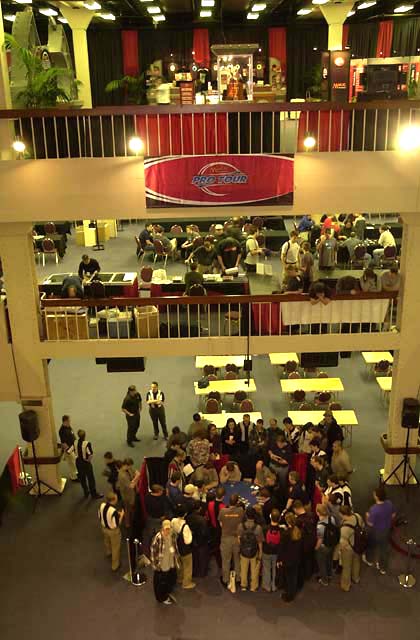 It is highly unusual for so many players to use only two colors a person in Invasion. This did not last very long. Kyle Rose opened Rith the Awakener on the 8th pick. No one was in position to take it early and it went all the way to Cornelissen. Rose opened a second Rith on the wheel, surely making him wish he had gone R/G/W from the beginning. This one ended up in Klauser's deck. By the end of the draft, many players did end up playing three colors, in the following combinations:

The players cooperated with each other most of the time. Although Gurney and Ekebom fought for black, Ekebom was willing to sacrifice the enormously powerful Pyre Zombie early on just to remain within his two colors, so the two did not get into each other's way too much.

Creech and Rose are from the same city, and play at the same store. Creech was well aware of Rose's liking for black-red. This may well have been part of the reason for him drafting a white card first, setting himself up perfectly in between two black-red players. 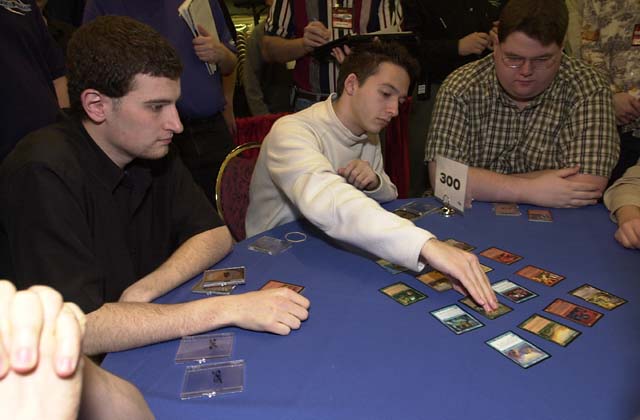 Cornelissen and Pustilnik cooperated fully, never taking a card away from each other throughout the draft. This well may have resulted in them having the best two decks on the table. Gurney and Finkel both drafted very solid decks that will result in their match being very, very close.

Ekebom drafted a number of very solid spells, but his creature base is weak, against Klauser's moderately aggressive deck with a number of protection creatures. This match could go either way, but Klauser has an advantage, especially in the best 3 out of 5 games.

Pustilnik should have a pretty large advantage over Creech. Whereas his splash offers a pair of Terrors and the drain life ability of the Stormscape Master, Creech has a splash for some more green creatures and does not have a good way to remove many tappers and Shackles in Pustilnik's deck.