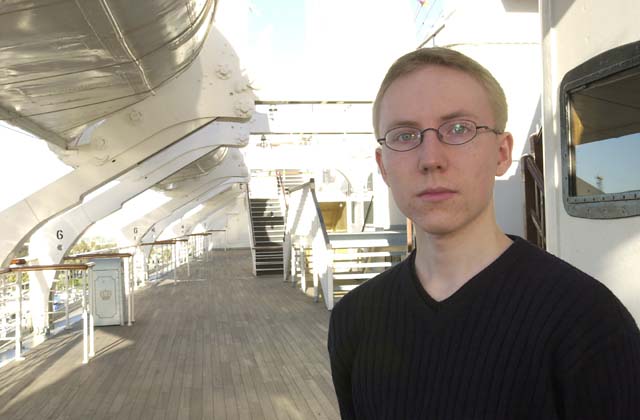 Fourteen rounds of Swiss play is grueling for any player, and by the time Erno Ekebom and I sat down Saturday evening, the 21-year-old Finn was calm and quiet. We met for an interview in a corner of the Queen Mary's exhibition hall, and the huge nautical girders that bordered our alcove only emphasized Ekebom's thin frame and serious demeanor.

Ekebom has plenty of reason to be composed. He is a veteran pro competing in his 9th premier event. Los Angeles, in particular, has a good history for him. He has competed on the boat three times, taking home a 5th place finish here last year. Ekebom is also on a bit of a hot streak, having recently placed 2nd on his home turf at Grand Prix Helsinki. He assured me that he is prepared for the final draft. "I've been doing a couple of practice drafts every week. I'm tired, but I'm not nervous. I'm just going to get some sleep and I'll be ready."

Ekebom hoped to use the same draft strategy in the Top 8 that worked so well for him throughout days 1 and 2. Although the Helsinki University student claimed that "I don't think there's any dominant archetype in Invasion - I'll try to adjust to the other players," he did admit that "black is the best color." For someone who wants to draft cooperatively, Ekebom seems to be able to get his way. He drafted black in all four of his swiss pods, playing blue/black three times and red/black once. He stuck to his pattern in the Top 8, drafting blue/black yet again. 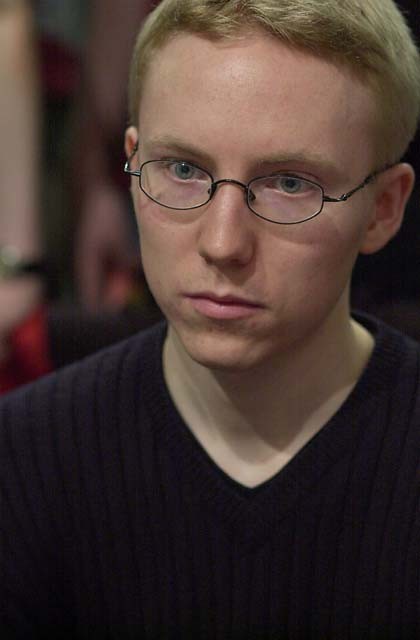 One of the most interesting choices of Ekebom's Top 8 draft came when he opened a Pyre Zombie in the third pack. He already had a Soul Burn, and Pyre Zombie is one of the most spectacular bombs in Invasion Limited. However, taking the Zombie would mean competing for red/black with Michael Gurney who had just picked a Cinder Shade one seat to the right. Rather than get tangled in color wars, Ekebom passed up the Zombie in favor of Probe. The message was loud and clear: "I am the blue/black mage." Once declared, Ekebom stuck to his guns and stayed clearly within his two colors for the remainder of the draft.

Ekebom won a small place in my heart when I asked him what card he would most like to open in his first booster. With a small smile he said, "Crosis. That declares your colors nicely." Ah, yes. Very few things can please a black/blue/red player more than The Purger. Ekebom didn't get his wish, but he did draft a number of solid black/blue cards that he hoped would carry him to an LA victory.