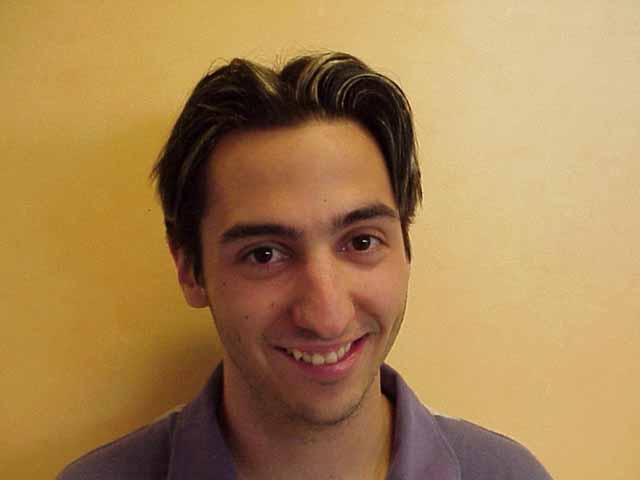 For a very long time, Raphael Levy has dominated the French Magic scene. He won his first Grand Prix in Lyon playing land destruction when he was a mere two year old, and now he appears regularly in major tournament top eights. Raphael (18 in fact) has only lost one match over the course of the weekend, going 5-1 in the draft and 4 and 2 draws in the standard part. So, undefeated with his Replenish deck, how does he view his semi-final match-up against Johan Franzén's Ponza/red burn deck?

"Well, I played against him earlier today and I won 2-0, but the matches were quite close. The Chill in my sideboard was a real problem for him."

Unlike the other red burn decks in the field, there are no Goblins in Johan's deck so Chill is much more devastating against him. The red deck sideboard has Flashfires and boils (with the possibility of adding Scald - but I don't think he will), but the expense of these might be too much for the second turn enchantment. I spoke to Franzén briefly, and he was not optimistic about the quarters given his earlier loss.

I asked Raphaël why he decided to play Replenish.

" There was no outstanding deck in the format, and it was the only deck that consistently went at least 50% against what I expected to meet: Trinity, mono-blue and Replenish."

A noticeable feature of the main deck is the 4 Frantic Searches, one Wrath and only 3 Parallax Waves. " The Frantic Searches were invaluable in a field dominated by Ports and Tangle Wires."

When I asked him how he thought the top eight might go for him he answered somewhat fatalistically " I will come 4th - I always come 4th." In P.T. Chicago he came fourth, and in Euro's last year and in Worlds in 98. I reckon he might go all the way with this one.

" I don't really like type 2 because there are not enough decks around. I enjoy extended a lot more, but I think it's a shame that they banned Ritual and Monolith. Donate should have gone, but extended should have been left with the fast mana cards."

Seeing that type2 seems to be Urza's block decks with a few extra cards, what do you think is going to happen to it when the new block begins?

" I guess I hope that Invasions makes up for the deficiencies in Masques block."

Well, Randy Buehler doesn't want to comment on the set other than 'he likes it'.