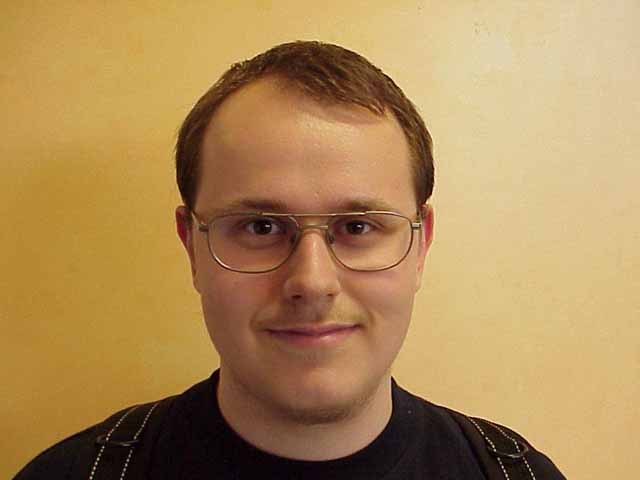 "I don't know why this season has been good, because I haven't changed anything about my playing style," Wolfgang smiles. He didn't expect anything before the Euros because, "I don't think you should expect too much. If you play well, then it's good, if not, then you just don't. But of course I like to play well."

Wolfgang started to play Magic about four years ago. "I started by chance. First I played Delta Force, but that was bad. Then I saw some others play Magic, I thought it looked interesting and when I tried, I liked it very much," he says. Half a year later he started to play in tournaments, so even though he is a pretty unknown name internationally, he has been around for a while. So Wolfgang himself wasn't really surprised when he did well. He was more surprised that he did well in the draft portion.

"Usually I go 4-2 in the drafts, but this time I went 5-0-1," Wolfgang explains. In the first draft, he had a blue and black deck without any real spoilers. The deck was solid though, it held a lot of good, blue flyers and some black removal. After a 2-0-1 record in the first draft, he went on to draft a seriously good deck. "It was a spoiler deck. I had a Lin Sivvi, a Ballista Squad, a Kor Haven and two Troubled Healers. The other cards weren't really that good, I had some really bad cards that I wouldn't have played with if I had anything better. So I was a bit surprised that I went 3-0."

In Standard, Wolfgang chose a rebel deck with Gaea's Cradles just for the mana. This is the deck that he will be playing in the final playoff as well. "I like the deck because it's half weenie, so it has some speed. But it also has some good control cards," Wolfgang analyzes. The key card is Enlightened Tutor. Wolfgang has powerful color hosers in his sideboard, and the Tutors allow him to search for that one copy.

"What should I say, it feels good," Wolfgang grins when asked about how it feels to make a first top 8 performance. "This is the first time I've made money. But I have to pay my uncle back, he sponsored me to Pro Tour Chicago and Pro Tour LA..."

In the quarterfinals, Wolfgang will face Loic Dobrigna from France. Loic is playing an Accelerated Blue deck, and Wolfgang reckons that his chances to win are positive, about 60-40. "If he doesn't draw a Masticore of a Powder Keg, I just need one or two searchers. He has a lot of counters, but if I can search every turn, then he can't use it." Wolfgang won't predict what happens in the finals, though. He hasn't even thought about what it would be like to be the European Champion. "I just hope I win the first game, then let's see!" he smiles before leaving to get ready for the finals.