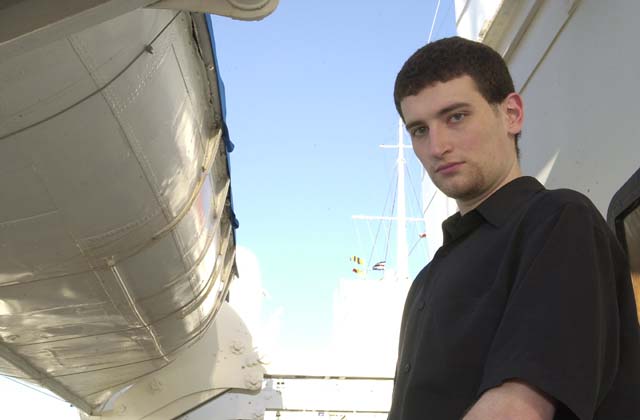 To say Jon Finkel is a superstar is an understatement.

He might not know why he continues to win, but win he does, with 8 Pro Tour Top 8's before even arriving on the boat to play this weekend. The twenty-two year old Rutgers student is joined in the Top 8 by two fellow Chicago Top 8 performers Michael Pustilnik and Kamiel Cornelissen. Jon isn't so surprised to see such a repeat happen.

"Really, it is just statistical variance. You have to look at the quality of the players that make it into Top 8. I'm only surprised it doesn't happen more often. In the final draft, I don't really know how I'll do. I'm not a favorite to win - no one can be with a group like this. I'm confident, though. If someone forced me to bet on it, I'd say I'd finish at about third."

Jon had a fairly simple strategy for his success this weekend. He actively avoided the colors of his neighbors, especially the player to his right. This idea is considered to be the cornerstone of successful drafting in general, and it seemed Jon took it seriously to a slightly more serious degree than most might.

"I drafted two colors with a splash in all of my drafts. The splash is fine in this format. But I made sure that I'd avoid the guy playing on my right. If his first pick was Blue, I'd go Red/Green. If it was White, I'd go Black/Red. Whatever he chose, I'd start in immediately on the exact opposite colors." 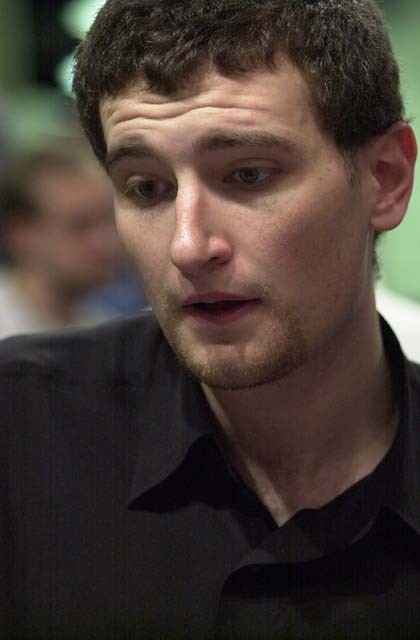 Throughout the weekend it seemed as though he avoided Blue most often in the drafts, but Jon explained that this was just because he always sat next to Blue players, and was applying his basic "draft opposites" plan. Like a majority of the players, he continued his successful Swiss strategy into the final draft, going towards Black/Red in response to Michael "Mikey P" Pustilnik's Blue/White draft. Things played out wonderfully for him in the luck department as well. A Pyre Zombie joined his deck early, skipping by several people before finding its way to his deck.

With all of his success, Jon doesn't expect that his reputation gives him too much of an advantage.

"People usually play on their game. This isn't like basketball where someone can just muscle someone else out of the way. I don't expect I have any kind of psychological advantage."

With a ninth notch on his Top 8 belt, the future seems bright for Magic's premiere player. This tournament probably won't be the last time the spotlight is on Jon Finkel, and things look good for him on the Queen Mary today.