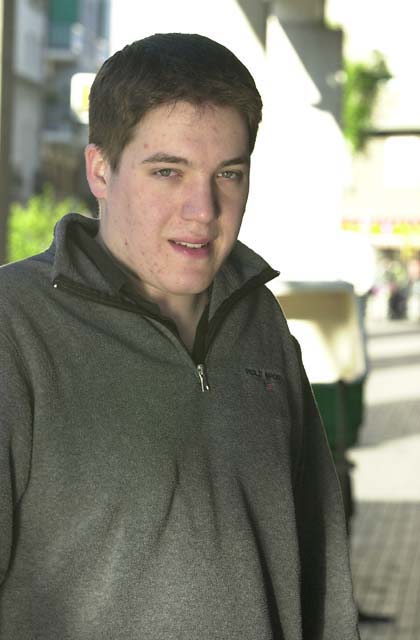 Kai clinched a Top 8 berth here in Barcelona with a tense last round win over his Markus Joebstl from Austria. He had 31 points going into the final Pod, but kept everyone on the edge of their seats as he lost his first two rounds to Patrick Mello and then Albertus Law. He needed to win in round 14 to make it and this is exactly what he did.

The affable German, a student of Economics with Computer Science outside of Magic, is no stranger to the pressure of the final day. He was the winner of the 1999 World Championships, and also of PT Chicago this season. He is also the only player to win three individual Grand Prix titles.

His preparation for the event paralleled that of Patrick Mello, with whom Kai tests in Hamburg. They did several drafts together in preparation for this event along with other players who were qualified from their area. And like Patrick, he used Netdraft heavily as well to practice online.

Many players at this event had a specific-color combination that they prefer to draft. Budde was more open-minded, however. "If I have the chance to draft a good Black-Blue deck, then that would be my first choice, but I like all the colors."

Despite his success this weekend, Kai doesn't really consider this one of his favorite formats. "I don't like all the Gold cards, because they make the mana in your deck really bad. I saw players with really good decks go 1-2 or 2-2 all the time, while people with horrible-looking decks sometimes went 3-0."

Nevertheless, the presence of this colossus of Magic in his third Top 8 means that even if there is some luck in the format, skill shows through in the end. Kai is hoping to win his third Pro Tour, and both times he has made the Top 8 so far in his career he managed to win the event, so the omens are looking good for him.