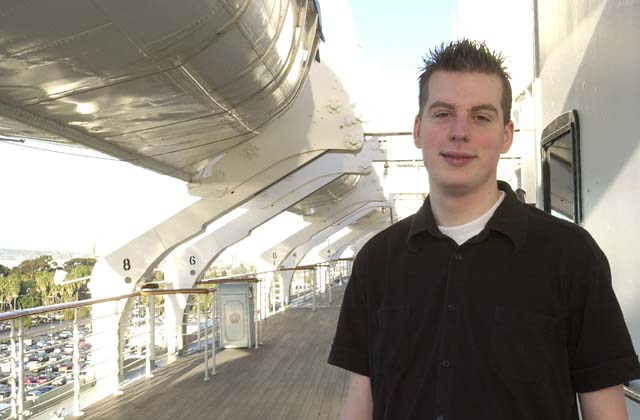 Amid all the noise and hubbub echoing through the halls this weekend, there was another buzz about the Boat, audible to anyone who cared to listen. "Is it possible," the murmur asked, "that Kamiel Cornelissen is the next Jon Finkel?" Although the 20-year-old player from Enschede, Netherlands has a long way to go to match Finkel's resume, his burst onto the Pro Tour scene has been nothing short of spectacular.

On the morning of the Top 8, I sat with Cornelissen on the clear, sunny upper decks of the Queen Mary while the young pro waited for his turn at a photo shoot. His tall, lanky frame exuded much greater confidence than when I saw him at his first photo shoot in Chicago just two months ago. Cornelissen has plenty of reason to be comfortable: he has never gone to a Pro Tour and finished poorly. After 23rd at Team PT New York, 11th at NY 2000, and back to back 2nd place finishes at Chicago and now Los Angeles, Kamiel Cornelissen has come into his own.

Cornelissen is in that honeymoon period of his Magic career where he has accomplished enough to be confident, but not so much that he's burnt out and jaded. Despite his success, he still speaks with a rather charming, unassuming quality. "I think I've been pretty lucky overall," he said. "I'm really happy to have done well at this Pro Tour, especially because it's Limited and I've not done all that well at Limited. I 3-0'd my last table," he shrugged, "so I guess I feel pretty good." When asked to predict the winner, Cornelissen just grinned and said in his heavy Dutch accent, "ehhmmm . . . Finkel? Maybe I'll win, too. I've got some confidence." 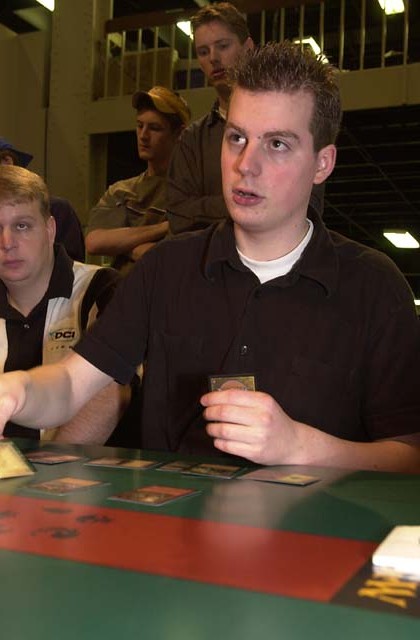 The finalist's draft strategy was "to be really friendly to my neighbors. Never draft two or more colors of the person to my right." He prefers to draft controlling blue, black, and white decks. "I don't really like green, but I'll draft it if I have to." Cornelissen's flexibility paid off- green was the way to go for him in the Top 8, and his first pick overall of Serpentine Kavu started him on a run that went all the way to the Top 2. The 5-drop fatties, Armadillo Cloak, and Rith, The Awakener in Cornelissen's green/red/white deck narrowly beat Kyle Rose and brutalized Jon Finkel before losing to Mike Pustilnik in the finals.

Cornelissen's advice to players looking for PT glory is practice. "I played in qualifiers for a very long time, and learned to make very few mistakes." If he can keep up his rock-bottom mistake rate, he should quickly become one of Tour's most regular fixtures.