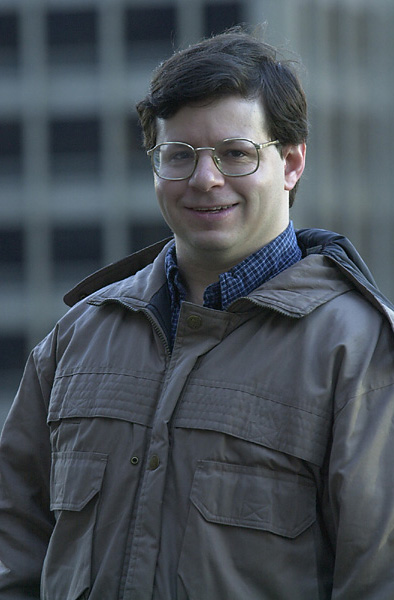 Back in 1997 Pro Tour New York, Mike Pustilnik made the Top 8 and lost in the quarterfinals. After that, he has had a long period of time where he has done well, although he hasn't had any further Pro Tour Top 8 finishes. "I was actually having a lot of doubts about my abilities as a professional Magic player. This gives me a lot of confidence. It means a great deal," the 35-year old Brooklyn resident grins after winning his last match of the swiss to make the Top 8 of 2000 Pro Tour Chicago.

Pustilnik tested his Fires of Yavimaya deck a lot, and he figured that it was the best choice for the format. Then, he lost confidence in the deck the day before the tournament after playtesting heavily - and losing - against blue/white control. However, he stuck with the deck because he felt that he had to play a deck that he knew, and the Fires deck didn't let him down. Pustilnik went 11-3 in the swiss, which sent him into the playoff as the third seed.

"Everything went well, even when I played badly. The deck seemed to pull me out of there," Mike smiles. His deck was a pretty regular Fires deck, however, Pustilnik chose to play Aura Mutations main deck. "It's never a dead card, you can cast it on your own Saproling Bursts. I also had three Earthquakes main deck, and a Ghitu Fire," he says.

The sideboard was probably the deck's greatest force though. Simoon was never a very popular spell when it was printed back in Visions, but Pustilnik used four copies of the red and green instant in his sideboard and loved them. "The idea is that they are very good against other Fires as they kill Birds, Elves and River Boa, and finally, if they use Aura Mutations, you can kill those guys too. It only costs two mana, what more can you want from a card? It is good against rebels, and it's even good against Blue Skies. And it says target opponent, so it can't be Misdirected," Pustilnik laughs.

Mike remembers how it felt to make the Top 8 in New York, but he thinks making it now feels even better. "They have increased payouts, and the Pro Tour points get me on the masters even if I lose in the quarterfinals," he says.

Pustilnik figures that the outcome of the finals will depend a lot on the matchups. "But if I was to pick one, I would be a fool not to pick Finkel. He's the best. I'm sure everyone is a good player and deserves to be there, but there is enough skill in the game for the better player to beat the good player," he thinks. Still, he promises to try to take down the World Champion, in spite of being pretty nervous before the Top 8. "I'm much more relaxed now, but I'm sure it will come back tomorrow. But I'm surely gonna try to win - I'm gonna do everything I can."