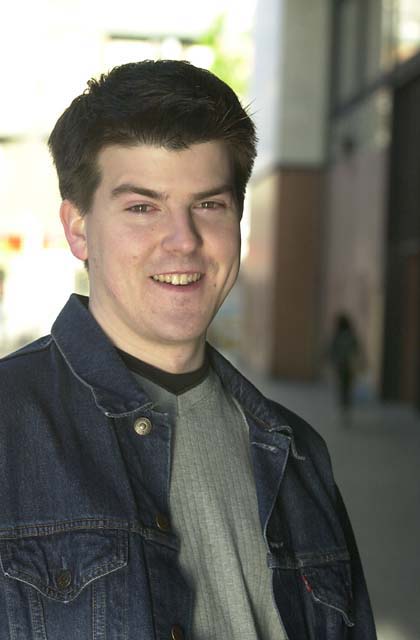 Patrick stormed through the Swiss portion of Pro Tour-Barcelona. He was trailing behind his countryman Kai Budde for a while, but when he won their match in the twelfth round, he took the lead, and with 33 points already with two rounds to go he was certain to make the Top 8. After losing in the thirteenth round, he took a few minutes out to talk to The Sideboard.

Patrick is on the Pro Tour gravy train, but he is not one of its best-known faces. His best result was a Top 4 finish in the Team Pro Tour-New York last year, where he formed part of Draften und Spielen, along with fellow Germans Christian Luhrs and Stephan Valkyser. He also has a Grand Prix Top 8 in Madrid last year, and was part of the second-place finishing German National Team at Worlds 1999. This weekend is by far his best result yet at an individual Pro Tour.

Outside of Magic, Patrick divides his time between studying - he is studying for a Degree in Economics, playing computer games, and practicing for the Pro Tour. "I did about three drafts per week with people like Kai, Christian Luhrs, Gunnar Refsdal, Jim Herold, and Dominik Hothow. There is a good group of Magic players in Hamburg right now."

As well as drafting with his friends he is a fixture on IRC where he does at least two Netdrafts every day. These drafts gave him an open-minded approach to the format. "I was open to taking every color combination when I came here, but as the first day went on I realized that Green was underdrafted, so I have being looking out for an opportunity to take it." Having said that his final draft deck was U-W-B, and he said that he was happy with his deck. With one round left to go he was 1-1 in the final pod.

"I am pretty pleased to have won money here this weekend. Since the Team PT I have been to five individual Tours and haven't finished in the money at any of them, so this will pay back some of those expenses."

His performance this weekend looks set to pay for more than expenses, if he can draft a deck in the Top 8 as good as the others he has had until now.