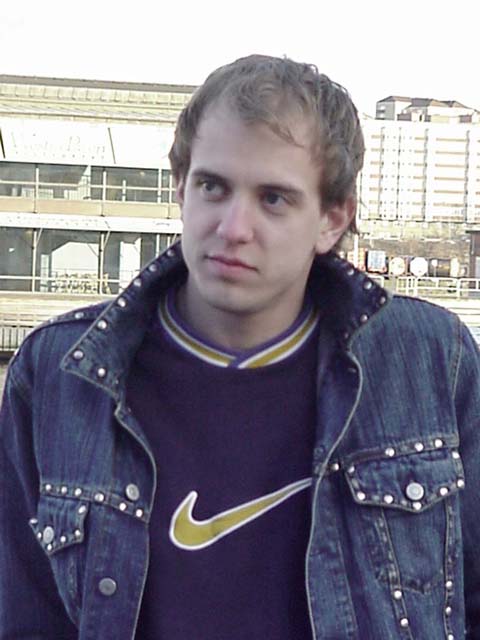 2001 Grand Prix Gothenburg saw a lot of rather unknown names make the Top 8. Six out of the eight players in the final playoff made their first international Top 8 performances in Sweden. Eivind Nitter from Norway, who finished as the first seed, had been close many times though - but until Gothenburg, he had always lost those crucial last rounds.

"Phew, it's great finally making the top eight. I've been fairly high up several times without making it," Nitter smiles. The 22-year-old design student from Norway floated through the first day, finishing at a perfect 7-0 record. "The margins were on my side when I needed them to. It was nice just floating along with destiny. Sometimes when you do well, things just go your way, and no-one else can stop you."

Nitter is definitely aiming for victory now that he finally made the Top 8. "I've had a lot of bad luck and I've been screwed. Now I'm not nervous. My day is saved. But I won't say that I will win, because then I'll just lose. But I need the Pro Tour points in order to qualify for the Masters," Nitter grins. 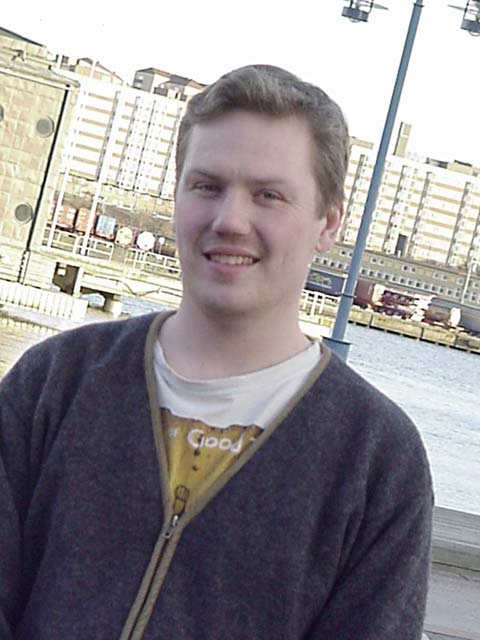 The Danish player Jesper "Manne" Thrane finished second. He was the only player with 33 points. Although his name is rather unknown in the Pro Tour circuit, the 35-year-old student of math and philosophy made the Top 8 in the first Grand Prix Copenhagen. Jesper also became the Danish National Champion in 1995. "This is really good. Everything went great. And when you get on a roll, then you're supposed to be lucky," Jesper grins.

Jesper didn't have a single bye in the tournament. He opened the most broken deck though, and could play a red/black deck with Void, Blazing Specter, Tahngarth, Flametongue Kavu and of course Agonizing Demise and Annihilate. The deck took him to a 6-0-1 record. "Almost all of my matches took fifteen minutes. Once, we were deckchecked, but we had 30 minutes left of the match when we were done," he laughs. The Dane doesn't have any predictions for the Top 8. "I don't know what will happen, it depends," he says. "I just know that Levy takes much of the same colors as me. But as lucky as I've been, I might win." 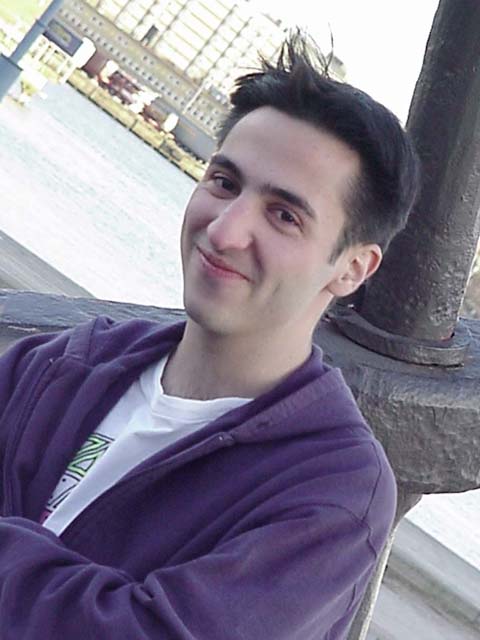 Going into the Top 8 as the third seed was a true veteran, Raphaël Lévy from France. The 19-year-old player from Toulouse has made the Top 8 several times, but still it made him happy to do it once again. "This is only my third Grand Prix Top 8. My last one was two years ago, a long time ago," he smiles. Levy has been living in a kibbutz in Israel for a while, taking a break from Magic and everything. But now he is back in France, and he is also back in the Magic circuit. He hasn't been too satisfied with his results lately though. "They have been average. I wanted something here," he admits.

Lévy went 5-1-1 the first day, drawing into the top 64. Then he cruised through the drafts. "I have no idea why I have done well. Maybe the feeling, the touch came back. I lost it after Euros," he grins. Lévy is also happy to get some revenge on the two Ruel brothers. The two of them have done really well lately, but this time, it was Raphaël's turn. "I'm a little tired of them doing well," he laughs. 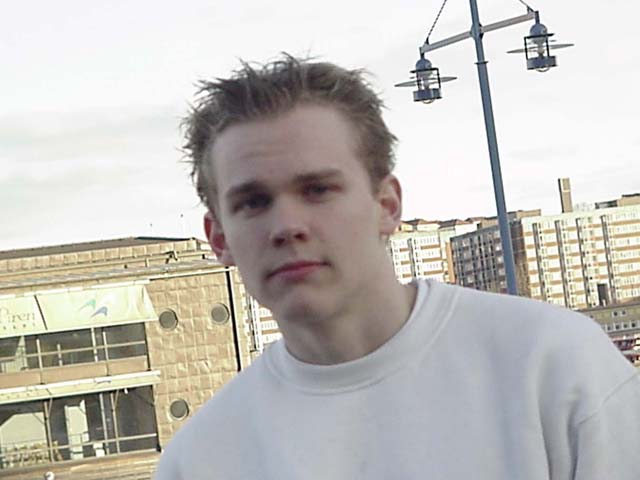 The fourth player into the Top 8 was a Swede: Marcus Angelin from Stockholm. The 19-year-old bio-technics student hasn't been playing Magic for a year, so he was rather surprised when he did so well. "The last tournament I played was Grand Prix Copenhagen. Since then, I've merely drafted once," he says. Marcus' first deck was really good though, and he drew into the second day with a 5-1-1 record. Then he went all the way to make his first Top 8 performance.

"It's always nice to win, but I was happy just by making it to the second day. I don't even know if I'm going to Barcelona," he admits. Marcus was probably the only Top 8 finisher that didn't want to draft once more. "I'm tired, so I don't think it will be that much fun. And I'm just not lucky when I open packs. But I'm not nervous. I don't think I'll make the semi-finals. Most of the players in the Top 8 play much more than I do." 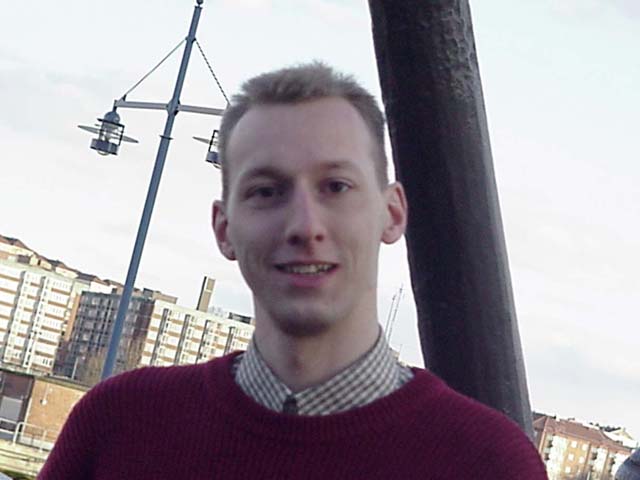 A guy from the Netherlands also made it to the final playoff. Jos Schreurs, a 24-year-old player from Utrecht, won his last match to sneak into the Top 8 as the fifth seed. "This is really good. I just came here to try and qualify for Barcelona, and obviously it worked!" he grins. Jos felt that he was really lucky in the sealed portion of the Grand Prix. His deck was rather mediocre, but he had two byes and managed to get a 5-1-1 record. In addition, Lady Luck helped him. "My opponent stopped playing lands, or they just didn't counter my important stuff," he smiles.

Jos was happy just to qualify. "Top 8 is a bonus, my goal has been met," he says. Still, he admits to thinking about winning although he doesn't think he'll manage that. "There are lots of good players in the Top 8." Jos is not nervous though. "I'm not a nervous guy," he grins. He has also been to a couple of Pro Tours, although he didn't do really well. Making the Top 8 is a new experience though. "Maybe I will get nervous with all the spectators. This has never happened before, so I don't know. But I'll just do my best," he promises.

Sondre Ellingvåg from Bærum, Norway has only played Magic for about a year. Before Grand Prix Gothenburg, he won a Grand Prix Trial, and that was obviously one of the keys to his success. "This is very unexpected, and I was very surprised by doing so well. But I was lucky. I had three byes, and without them, I don't think I'd even gone on to the second day, because I opened a bad deck. I constructed it decently though, but 7-0 was too good," he admits.

Gothenburg is Sondre's second Grand Prix event ever. He played in Copenhagen last year, but other than that, he hasn't played in any international events. Now he is qualified for Pro Tour Barcelona, and he also gets to play in a playoff. "In the beginning I was a little nervous, but now I'm fine. I discovered that it's possible to win even though the other players are really good," he says. Sondre thinks it's really cool to do well though, and he'd like to win the whole thing. "Everything can happen. When you're lucky, then often the luck will be with you all day," he smiles. 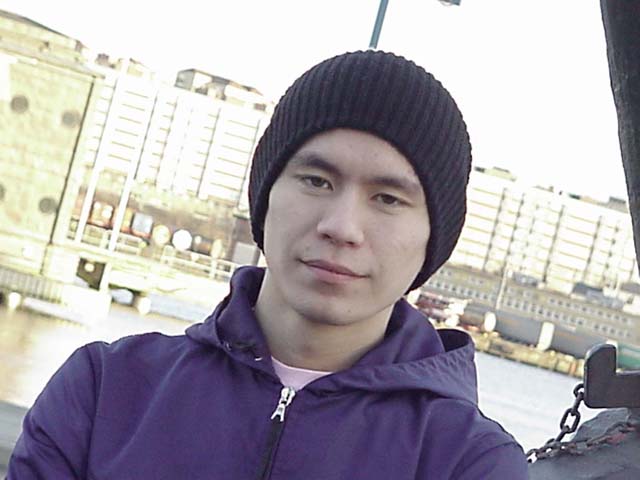 Jimmy Öman isn't very well-known in the Pro Tour circuit. Still, the 24-year-old Gothenburg resident has several good performances, including a 12th place finish from Worlds. Swede didn't have any Top 8 finishes though, and he was happy to finally get one. "It feels really nice. I've won some previous stuff, like Nationals, and that brought me down - it made me feel like it was possible. But making the Top 8 feels good anyway," he smiles.

The media student ended up at a 5-1-1 record after the first day, but he felt a bit insecure before the draft portion. "These previous weeks of playtesting has shown that you won't always win even though you've got a red, blue and black monster deck. I've been beaten by five-color green, and that threw me off. I wasn't sure I understood the format. But I just drafted with the good old feeling," he says. Now he's going into the Top 8 to win. "I probably won't though, I'm not sure. I have respect for the players who have traveled far to get here, and I consider them better than me. But it would be excellent to win here in my home town." 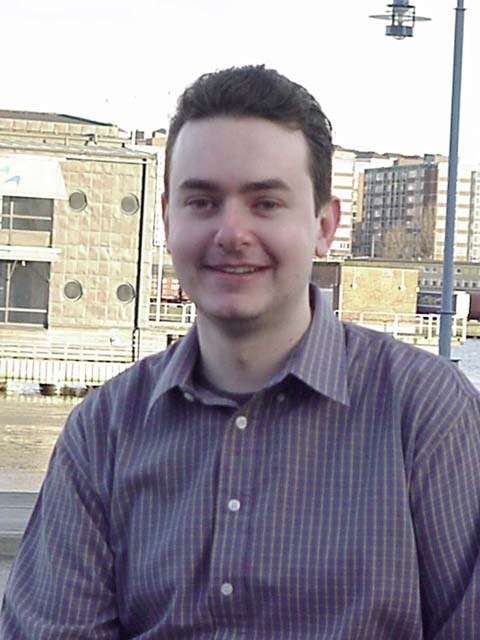 The last player to make it into the Top 8 was Scott Wills from England. "Umm, this is quite nice really. I hadn't expected it at the start of today. I thought I was a good drafter, but I've done quite badly at events. So I started to doubt my abilities. But I finished 16th in Copenhagen and now in the Top 8 here, so maybe I'm not too bad after all," he smiles.

Scott reckons that his two byes were really important. "In every other Grand Prix I only had one bye, and I didn't make the second day because of my tiebreakers. My deck here was mediocre, but it was good enough to beat three people. Then I was flexible in the draft, and got good decks as a result," he says. Now, he is going into his first playoff thinking about victory. "There is no point in going if you don't think about winning," he says.