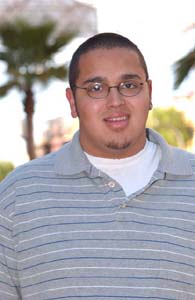 For each player in the Top 8 of Pro Tour Nice, the accomplishment means something a little different. For Kai, it's just another day at the office. For Bram Snepvangers, it's a great achievement after so many years on the Tour. For Gary Talim, an 18 year old from Los Angeles, California, it's his first time on the Pro Tour, and his first Pro Tour Top 8. Is it beginner's luck, or the sign of a very skilled player making a huge splash in the big time? Peter Szigeti, a long time friend of Talim, talked about his experiences with him. "We started playing three or four years ago back in Los Angeles, and we both used to play Arena cards with Vanguard at the local store, and we sucked real bad. He had the Mana Flare card (Sisay) with Shivan Dragons in his deck and no one could beat him. I never even knew he was any good until I came back to L.A. after being on the Pro Tour for a long time. I didn't know anyone was good from L.A., and here he goes 10-3-1 at the Pro Tour."

As far as personality goes, Szigeti noted that Talim is "kind of quiet." Making Top 8 on his first try made Talim pretty happy. "It's not bad. I can't complain." He's been playing for five years, but only started playing in qualifiers during Invasion Block. His strategy for this weekend was to keep his options open, and read what the rest of the table wanted him to draft. "I just draft whatever comes to me. My first deck was black/green, and my next three were red/green just because it came to me and I like it because it's consistent." Not only did he draft the same colors three times, but he looked for a specific combo. "Acorn Harvest and Rites of Initiation wins lots of games."

Talim says he'll take tomorrow with no expectations. "I don't know. We'll see what happens." When I asked him if he had anything to add, he simply stated "Peter Szigeti is the baddest man on the planet." People may think that associating with the likes of PTR suggests something, but regardless, making it to Sunday on his first try is something to take note of. Indeed, if this performance is any indication, we'll be noticing Gary Talim for a long time to come.