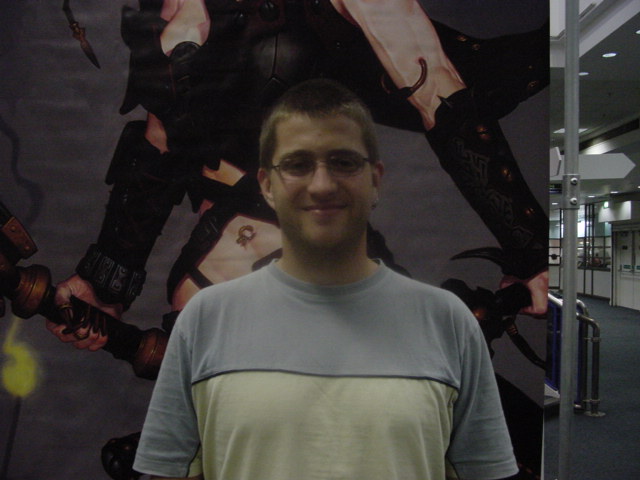 Jakub has been one of the top Magic players in the world for an awfully long time. Way back in 1997, before Tempest was released, Jakub won the World Championships with a four color black deck. Since that time he has posted a number of impressive finishes, with many top eight finishes in Grand Prixs and Pro Tours, though it has been a little while since his last big success.

Jakub, a 25 year-old computer analyst, is playing a blue-green deck after seeing Dave Humphreys play it at Worlds and liking it. He isn’t a huge fan of this format, but seems to be quite good at it, though he claims that many of his opponents suffered mana problems. He’s currently playing the semi-final against England’s Craig Stevenson, and will be looking to secure a first Grand Prix victory.

Jakub doesn’t know which Extended deck is best in the new format, and confessed that he has not played Extended in an awfully long time. He did, however, manage to answer the question ‘What is your favorite color in Magic?’, grinning as he said ‘Red’. 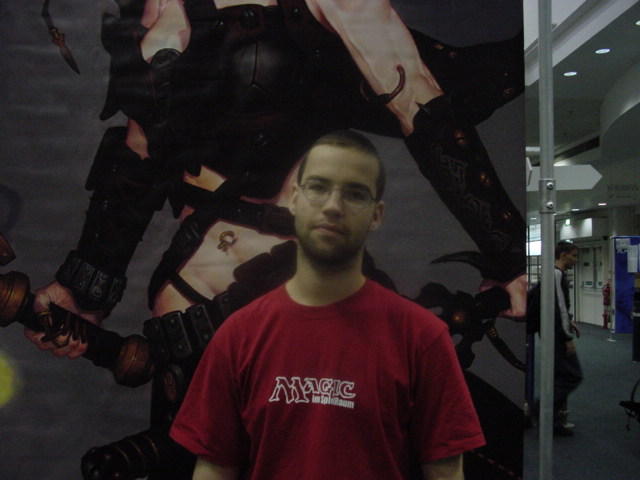 One of the joys of any European Grand Prix is that a previously unknown German player is guaranteed to turn up and crush everyone. This weekend, it has been Christoph Hoelzl, who at the time of writing this won his quarter-final after posting a reasonably impressive 14-0 record in the main section of the tournament.

Christoph is an eighteen year old student from Bavaria in Southern Germany, and is playing mono-black control. He says that he chose it because he did not expect to face decks like mono-red and red-green because he had three byes, it is good against all the other popular decks and he dislikes the blue-green deck because of its mana base, though sadly his favorite Magic color is usually blue.

Although Christoph is not one of the best known German superstars, he has already played in a few Pro Tours. He doesn’t know what he’s going to play in Extended in Houston (the extended Pro Tour that this Grand Prix qualifies for), and he is looking for a team of players to test with, after this tournament he shouldn’t find it to hard to find playtest partners.

Christoph may not yet be ready to take the title of ‘the next Kai Budde’, but it is worth remembering that it was here in England four years ago that Kai made his first ever Grand Prix top eight. We’ll just have to wait and see whether Christoph can follow in his countryman’s footsteps. 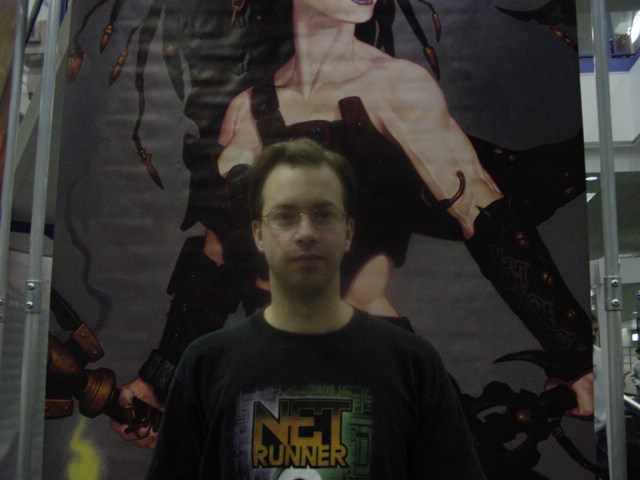 How much testing did you do before the Grand Prix:
I did a lot of testing before worlds and only complimentary testing for this GP.

What where your expectations before this tournament:
Since I didn’t have that much experience with the deck I was hoping for top 32.

Would you change anything if you played the deck again:
I would only change one or two cards in the sideboard. I’m very happy with how the deck performed.

What’s your best matchup:
Most version of UG are a pretty good matchup.

You are known to often play unorthodox decks at major tournaments, how come you played a more established deck this time:
The blue red deck I played at worlds wasn’t a very good option for this metagame and I didn’t have enough time to create a new deck. 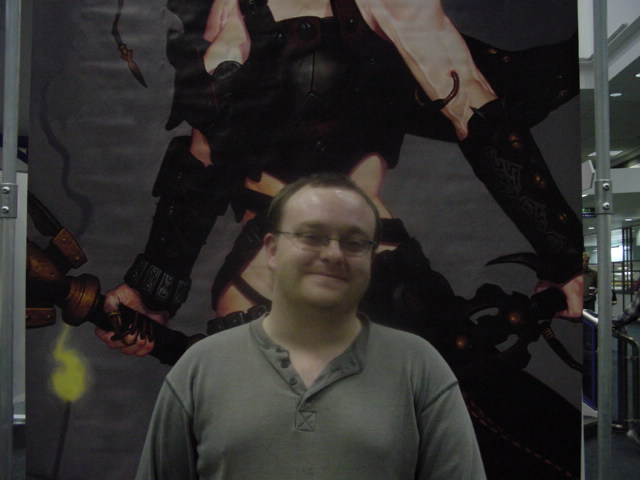 Craig came to the tournament with no byes and after three rounds rang his brother, who lives in London, to explain that when he suffered a second match loss (he was on 2-1), he would drop out and go for a drink. His brother is still waiting, as Craig won the next five matches to finish the day on 7-1, and continued to storm through the second day, ending up in 6th place after the fourteenth round.

This is his first big tournament achievement, and his top eight finish surprised and delighted him, and was the best finish by an English player. It is especially impressive because Craig has only been playing seriously since the time when Planeshift was released, and is a member of the fast-improving Team Leeds, whose members have won a number of Pro Tour Qualifiers in England over the last few months.

When he played in the Grand Prix trial on Thursday, he intended to play the Blue-White Birds deck, but he got crushed and saw Jonny Chapman’s mono-black beatdown deck. Jonny gave him the listing and he never looked back, crushing many more experienced and better known players throughout the weekend. The Pro Tour in Houston will be his first Pro Tour, which Craig is very much looking forward to, and he has the good sense to prefer beatdown decks.

Going into this tournament Craig’s favorite color was green, but after the events of the last couple of days it is definitely black. He may not be the most experienced or by his own admission the most talented player in the field, but it is always nice to see genuinely nice and modest players do well, especially when playing beatdown decks. 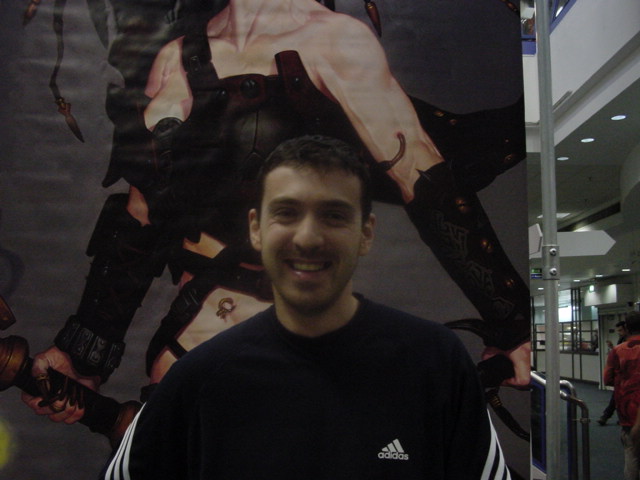 Gerard, a 27 year-old French player, took his Blue-Black Braids deck to the top eight, squeezing past England’s Gary Wise to take eighth place after the fourteenth round. This is Gerard’s first Grand Prix top eight, with his previous best accomplishments being a top 32 at Grand Prix Tours and an appearance at Pro Tour New Orleans.

He claims that it was ‘intuition’ which led him to choose to play the blue-black deck, and black is his favorite Magic color. He was quite confident about his quarter-final match, but he had played Hoelzl in the main part of the tournament and suffered his first match loss.

In Extended his favorite deck is the version of Trinity Green with Armageddons that Yann Hamon did so well with in the French Nationals a couple of years ago. It will be interesting be see whether he chooses to play the deck at Pro Tour Houston, and whether he can follow up this success and emulate compatriots such as Raphael Levy and the Ruel brothers. 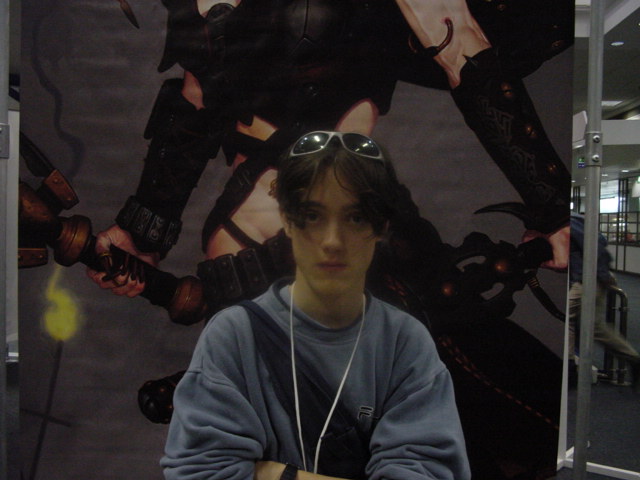 What deck did you play today?
A Blue-Green deck

Why did you choose that deck?
Because I went 6-0 with the same deck at worlds

What is your best performance at a Magic event before this?
I came 47th at Worlds this year

What would you play in Extended?
I haven’t tested much yet, but I think I would play an aggressive deck 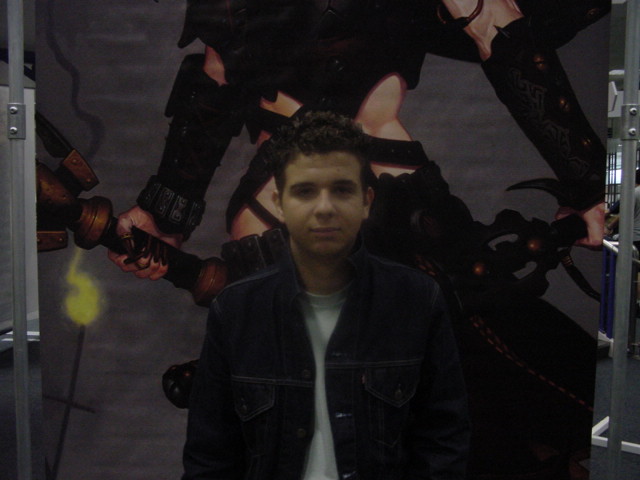 What deck did you play today?
Mono-black control

Why did you play that deck?
Because I have played it for the last two months and I really like it

What are your previous Magic accomplishments?
Nothing really. This is my first good finish

What deck would you play in Extended?
Reanimate 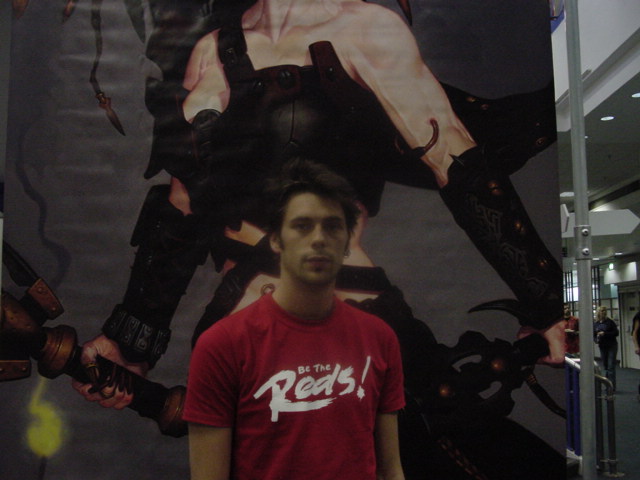 I managed to corner Christophe after he had unluckily lost his quarter-final match. Though unhappy he was willing to spare some time to answer a few questions:

Where are you from?
France

What do you do for a living?
Unemployed

What did you play today?
UG madness with Elephant Guides

Why did you choose to play that deck?
Because I love it. I played it at worlds and in Pro Tour Osaka and did very well with it

What are your best ever finishes?
Top 8 in Pro Tour Osaka and 2nd at the European Championships

What would you play in extended?
I don’t know, I haven’t done any testing yet

And finally, what is your favourite colour in Magic?
Definitely Blue