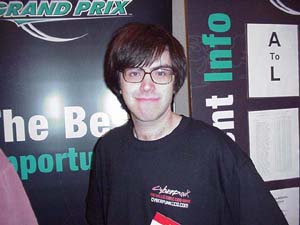 Zvi's actually been pretty busy since Worlds. He's been working on a new project, a card game called Cyberpunk. "I've been working on various card games, including Cyberpunk, and I feel that it's really helped my game." He's playing a Goblin Bidding deck today that was designed by Seth Burn and tested with Ken Krouner. Zvi has found that working with these other card games has not only been fun, but also incredibly rewarding. "I'm so much better at reading people now than I was a few weeks ago – I'm such a sniper [with Cabal Therapy] compared to back then!" 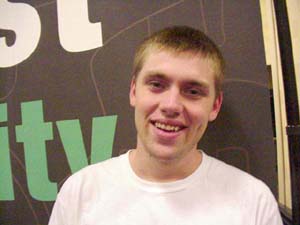 Magic's most recent National Champion and best-known scoundrel opted to play Red-Green today, stating that it has good matchups against creature-based strategies and Wake, with an aggressive draw. He'll be playing in Boston with Peter Myrvig and Mark Zadjner, with their team name to be revealed at a later date. He went back to Maryland after Worlds, returning to college there, but he emphatically states that he wants to play more Magic. "I made $35,000 already this year, and I'm doing fine. I think I'll stick with it." 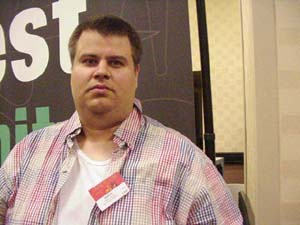 Despite the large foreign contingency here in Atlanta, Marco Blume is the only international face in the Top 8 today. What's even more surprising is that Blume is planning on retiring from Magic travel. "After Boston, I'm going back to school," Blume said. He's planning to finish up his computer science degree. In the meantime, Blume will be hanging around Atlanta and doing as much Team Sealed practice as he possibly can. Anyone willing to bet against Phoenix Foundation? 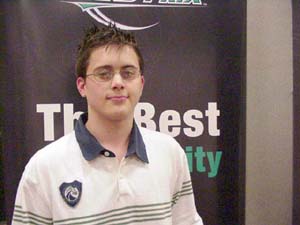 Sean's here at DragonCon from Connecticut, where he attends high school. He's 16 years old, and won a GP Trial to end up with three byes here in Atlanta. He's had some success with the Junior Super Series, and is trying to translate that into the next step: professional Magic play. "It's pretty expensive to travel, but I'll try and go to New Orleans if I can." His friends helped him test for this tournament, too, and he seemed quite appreciative of all their help. 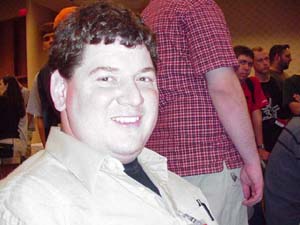 Hailing from Las Vegas, Nevada, Keith Thompson has been playing Magic since Alliances came out seven years ago. He placed second at a 2-slot trial in San Diego this year, and he plans to attend New Orleans. "I've been trying like mad to qualify – I already made my travel plans about two months ago." He also wanted to say hi to Lisa, his wonderfully supportive wife. Keith's story is also especially interesting because he finished 63rd yesterday and had to go 6-0 to make the Top 8, which he did handily. 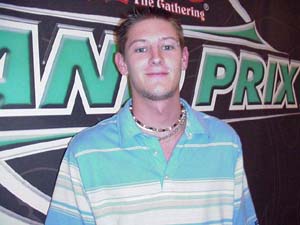 Matt Linde went 10-8 at Worlds, and after that disappointing record, he hung out in Germany with his father. The break served him well, and he came back to the States ready to play some more Magic. He's a fifth-year senior at the University of Maryland, studying electrical engineering, and hopes to be done by the end of this semester. "I've taken a lot of time off to play Magic," he noted. Today, he's beaten 3 Wake decks, 6 Goblin decks, and several other interesting archetypes. "School begins pretty soon, though," Matt noted with a touch of regret. 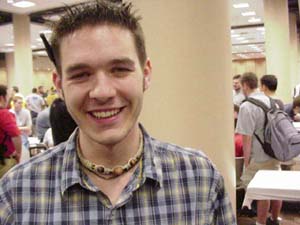 Tim is from here in Atlanta, and going to school as well. He's been playing Magic for five years, and has had various Magic accomplishments during his tenure. He finished highly at this year's Regionals, and won the Amateur Championships a while back. "I've played nothing but Goblins today," he joked as he shuffled his Wake deck. He claims the secret to his Wake deck's success is the 3 maindeck Stifles that he played today. Tim's also having a great time here at DragonCon, stating that it was quite an adventure. 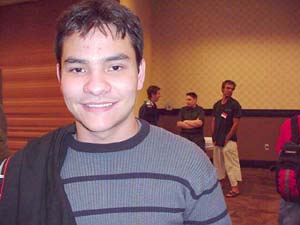 This is Keith's first major Top 8 finish, even though he's been playing Magic since Mirage. He's here from Brandon, Florida, with a bunch of his friends. His friend Adam Chernoff gave him the deck he's been playing today. He plans to be in New Orleans, and said, "I'm going to [borrow] an Extended build for that tournament." He also wanted to say, "Hi to my girlfriend Erica."