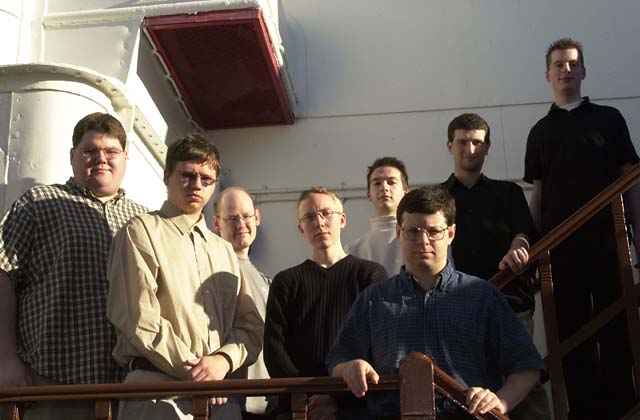 The Top 8 draft had three defining characteristics. First, there was a relatively high incidence of red removal, ranging from several Tribal Flames and a few Scorching Lavas to an Urza's Rage. Black removal, by comparison, was present but not overwhelming.

Second, there were relatively few tappers - only two of each of Benalish Trapper and Thornscape Apprentice, and three Stormscape Apprentices. These typically found their home; but in comparison to some Day Two drafts, most decks could not rely on multiple tappers.

Third, there was overall strong cooperation between the drafters, with very few but punctuated "hate" drafts. Jon Finkel was perhaps the most aggressive in this respect, snagging a Repulse away from Mikey P. when very little was available in red-black and raiding a two-card green bounce that might have helped Kamiel a bit late in the third set of packs. But as hateful as Jon tried to be, his neighbors continued to cooperate, showing him the love that only the magical holds of the good Queen Mary could inspire.

Here are some fun highlights for you; refer to the full draft detail here to enjoy this experience to its full multimedia experience. It probably would also help if you hummed the national anthem of the appropriate player as each gets mentioned.

Highlight One: Lawrence forgoes the fight for black. Opening both Soul Burn and Cinder Shade, and sitting with a familiar face to his left (Kyle) whom he knew favored aggressive decks, Lawrence quickly chose a Razoorfoot Griffin, correctly calculating that he would have a marvelous buffer against his colors to both left and right. Michael Gurney and Erno Ekebom gladly heeded the call to black, and settled easily enough into black-red and black-blue, respectively. 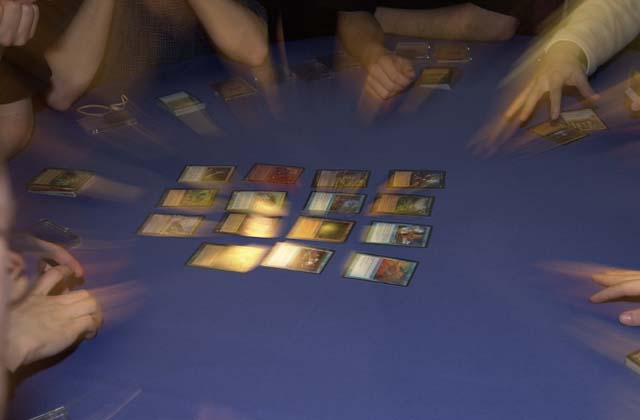 Highlight Two: The Pyre eludes Gurney. By the third pack, Michael Gurney had settled in very solidly into red-black, but when Erno opened a Pyre Zombie to Michael's left, the disappointment on the second chair's face was clear. The Zombie fell to Jon Finkel, Michael's first round opponent and that matchup's victor.

Highlight Three: Rith eludes Klauser . . . and then embraces him! One of the most entertaining moments in a draft (although this author is certain the drafters don't find them nearly as amusing) are those times when a player settled into colors opens a pack, finds not much of value . . . and then watches as the next pack busts open a champion card that could have anchored their strategy. In Benedikt's case, the pleasure in watching didn't have to be too guilty. His pack sported a Coalition Victory (a 14th pick) in the rare slot; Benedikt took an excellent Thornscape Apprentice for his pick.

Then Kyle Rose to his right busted open a Rith, the Awakener. Away the big fella flew, into the hands of Kamiel Cornelissen as a fifth pick.

Then amazingly, in the next pack (which Kyle also opened as the draft changed direction, putting Benedikt in the #2 seat), Rith made an encore appearance, to the heavy applause of one Benedikt Klauser. 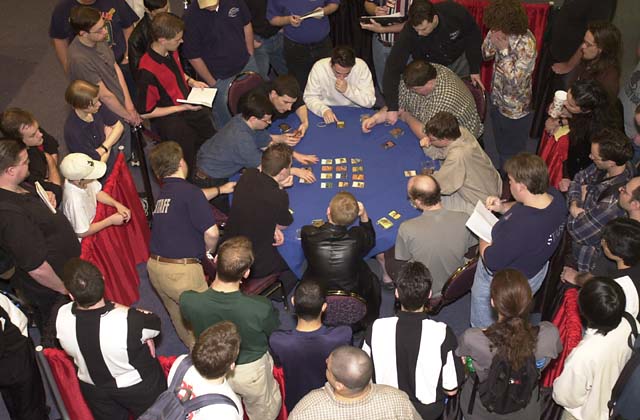 Highlight Four: Bounce happens. Three fabulous eighth- and ninth-pick "bounces" defined different players' decks. With the third pack, take a look at the excellent compensation Michael received for not getting that Zombie. In the 22nd pack, Mikey P.'s deck got even more solid when two of the premiere Invasion limited spells fell into his lap; this was because of some very solid early green-white picks that were too tempting for much of his competition. Finally, in the last pack, Benedikt Klauser found some real creature gravy in white.

It was a real pleasure, and extraordinarily educational, following this draft, as well as the others from Days One and Two. This author would like to thank the drafters who let him peer over their shoulders, the judges for running orderly drafts, and the other Sideboard staff for providing or confirming insights into these drafts.