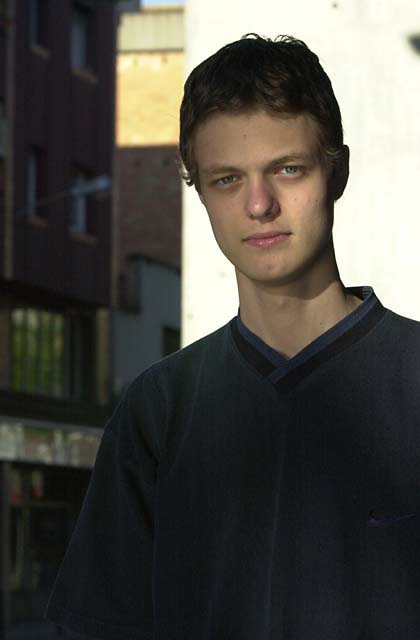 Yuri is the first player from the Ukraine ever to make a Pro Tour Top 8. He could never have expected it to happen to him since it was his first Tour event, especially after he managed to get a match loss in his first round against Brock Parker for registering a 39 card deck.

He doesn't have much experience at the top level of competition at all. He had played in Grand Prix-Helsinki earlier this season where he finished 66th just missing the second day, and Ukraine has not even had a National Championship yet. Their first is next month and on the evidence of his skill this week, Yuri must be one of the favorites.

A Computer Science student at the University of Kiev, Yuri divided his time between studying and testing for Barcelona. He managed to do two or three drafts a week, mainly with friends in a local store.

Like the other players in the Top 8, he is open-minded about what the best colors are, and does not try to force any particular combination. "I think this is a really good format for draft, because all the decks are interesting with different archetypes like B-R Control or B-R Beatdown. This makes you choose cards that are good for your deck rather than just the best card in your color."

This performance will qualify him for other Pro Events, and Yuri plans to use the money he won on traveling to these and to Grand Prix to get more experience in international events, as well as using some of it to help pay for his studies.