Canadian Nationals required players to perform well in to different Magic disciplines—Rochester Draft and Standard. Some players don't care what format they are participating in while others dread one format or the other. When 2020 team member David Rood was asked about his disappointing performance he shrugged it off with, "They asked me to play constructed."

We thought it would be interesting to acknowledge the players who went 5-1 or better within each format. There were more players with that record in the Rochester portion because of multiple draws by Top 8 hopefuls in the last three rounds of the tournament. 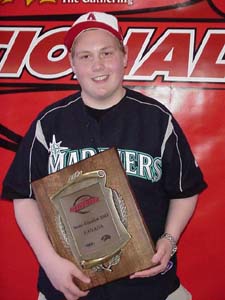 Five of the players—Hoaen, Wolfman, Daoust, Pollock and Braymore—all made the Top 8. Their strong performances in the Rochester put them in a position to draw multiple times during the final rounds—so don't look for them to top both lists. It should be noted that Hoaen received a bye in one round and a concession from a player in another.

Wolfman and Pollock—along with aforementioned David Rood—are two thirds of 2020. In addition to kicking off this PT season with an upset finals appearance Pro Tour Boston, they also made the finals of the Team masters in Venice. With over $20,000 (American) in Limited winnings for their team the only surprise is not seeing Rood's name there as well.

Hoaen handed Mattias Jorstedt his only game loss in the Top 8 of Pro Tour Yokohama and his performance here this weekend promises more big things in the future. Jon Stern was in the finals of last year's tournament and was part of the Canadian National team. Matt Vienneau has graced the Day three stage many times at Canadian Nationals although he had not done so well in recent years. With a sharper performance in the Standard portion he could have easily done so again this year.

Francis Cormier and Nathon Braymore are both solid PTQ circuit players. Nathon is considered the king of the Ontario PTQs. He can usually be found selling the slot in the finals rather than attending the PT itself so it will be interesting to see what he does with his roster spot on the Canadian National team.

Aeo Paquette is an up and coming player from British Columbia. He recently finished in the Top 8 of the Magic Online World's Qualifier and continued to push toward his breakout performance.

Benjamin Page is another PTQ player—this time from New Brunswick—who made a spirited run at the Top 8. David Monast and Peter Yang are also relatively unknown players who came tantalizingly close to changing that this weekend. 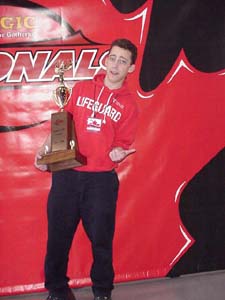 Guillaume Cardin and Josh Rider needed to go 2-0-1 in the last three rounds of Standard to play on Day 3. Guillaume Cardin accomplished that task with the ubiquitous Blue-Green Madness—which he also used to grind into the event—while Josh took the road less traveled with a Black-Green Cemetery deck that was a savvy choice for this control-heavy environment.

Vincent Boulanger had the more daunting task of sweeping the last three rounds with Blue-Green Madness to make it in. His four sideboard Composts came through in the clutch for him when he defeated Jeff Fung in the last round of the Swiss.

Mike Hwang and Kyle Smith did not have strong enough performances at the draft tables but they should still be commended for their 5-1 records in Standard. Mike was playing the popular Green-Red Beats complete with Elephant Guide and everybody's favorite Wild Mongrel. Mike had to grind into the event but accomplished that task through a sealed deck grinder. Kyle Smith was invited and played his "Pastor of Muppets" deck complete with Graveborn Muse and Exalted Angel.

Congratulations to everyone on their strong performances!