Welcome to the World Magic Cup

That feeling in the pit of your stomach... it's nerves. This is the largest Magic event you've ever been to. Everywhere you look, you see players who you've seen littering the headlines of DailyMTG.com. Oh man, there goes Brian Kibler... and Shuhei Nakamura... and Paulo Vitor Damo da Rosa... 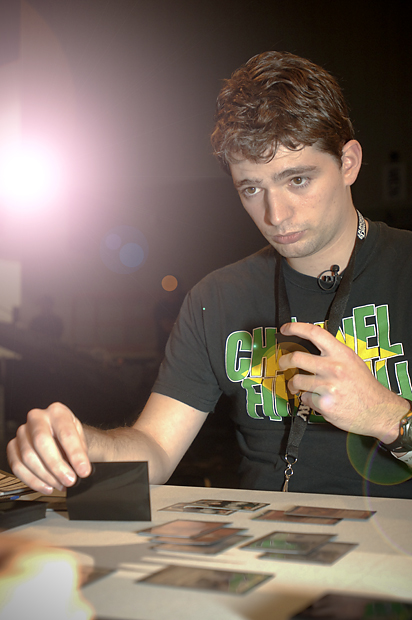 Ugh... anyone have an antacid?

Crap. You'd forgotten that there were other Hall of Famers in the mix, too. There goes Raphael Levy and Jelger Wiegersma.

You start to feel a little better when you scan the room and see a lot of other players who look a little green as well, obviously registering the gravity of this weekend. After all, you're all here to represent your countries against the entire Magic world.

As daunting as this might be, despite having never been in a Magic tournament of this magnitude—in terms of size, difficulty, and importance—you have never been more ready to shuffle up and play. You've never been more excited. Even if the world doesn't know who you are right now, they will by the time you're done.

Welcome to the World Magic Cup.

There are 284 players qualified for the inaugural World Magic Cup, representing 71 countries from A(rgentina) to Z(Wales...yeah, there wasn't a Z, sorry). While some of the teams are incredibly stacked, such as the incredibly decorated Belgian team, there are many teams in the field that only have one player with Pro Tour experience on their side. While this might lead one to believe this is a generally inexperienced field, the qualification process has a refining effect on the team composition. With four opportunities to win a slot, the stronger players in a country have more chances to win, and their general advantage in adaptability and knowledge provides them even more advantage over a four-event span. In addition, the player to win each tournament is unable to play in the remaining qualifiers, taking one more strong competitor out of the field and removing one more difficult obstacle that might have otherwise derailed a strong player. The cumulative effect of this is that the average strength of the teams this year is, as Rich Hagon describes it, "The best that we've ever seen." Considering that some of the countries represented here are participating in their first national team event, that is a strong statement. 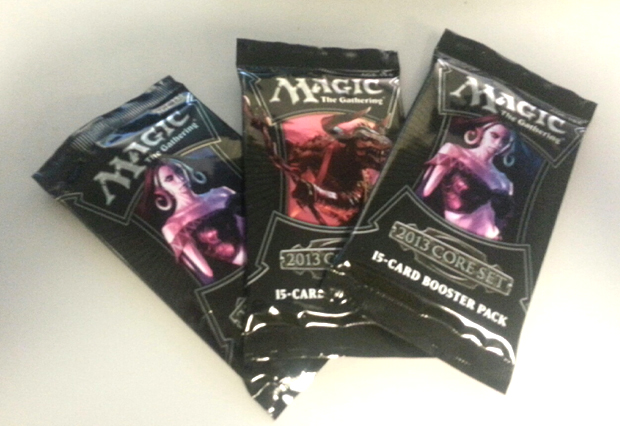 So let's say you are one of these 284 players; you've got a long, diverse hill to climb to reach your goal of achieving the first World Magic Cup title. Upon arriving at the event site today, your first task is to navigate your way through one pod and three rounds of Magic 2013 Booster Draft... as an individual. After bringing all the drafting skills you can muster by yourself to bear, your team is allowed to advise you on the final build you will use to get that 3–0 record you know you're capable of, but the cards they'll be helping you build with come from you and you alone. Once you've cruised to that 3–0 record in the Draft portion of the tournament, you have to sleeve up the Standard deck of your choice for four rounds of Constructed play. Again, you will be relying on your own skill, unable to ask your team for help during the rounds, and unable to receive any outside information. Another wrinkle is tossed in when it comes to deck selection, since you have the ability to play a different Standard deck during the Team Constructed rounds. Do you simply bust out the deck that your team plans on playing, revealing precious information, or do you sleeve up another deck? Regardless of the decisions you make, you came here to play; to hoist that sweet, sweet bling alongside your countrymen; and be the first to ever hold the World Magic Cup above your heads. You've got this 4–0 easy. With that exceptional 7–0 Day One performance under your belt, you can head back to your hotel for a night of well-deserved rest.

Rested and refreshed, you plan on arriving early for Stage 1 of Day Two of the tournament: M13 Team Sealed. Three players working in unison to construct their decks from a pool of twelve Magic 2013 booster packs, Team Sealed is a very unique event in competitive Magic. Players are allowed to discuss strategy, work together in building, and work as a unit. This is the first true team event held at the World Magic Cup. Steve Sadin wrote an exceptional piece detailing some of the strategic considerations to keep in mind while working your way through the building process. Thankfully, you read it top to bottom.

One other thing to be thankful for is the massive performance you and your team plan to put up on Day One! At the end of Day One, each team adds up the three highest match-point totals earned by their team members. The Top 32 teams advance to Day Two, represented by those three players (yes, the captain could be sitting on the sidelines, coach hat in hand). Then, teams are seeded according to their cumulative match points and placed into pools of four, with teams 1, 16, 17, and 32 in one pool; 2, 15, 18, and 31 in another; and so on. Then, after playing each other team in the group, the top two teams in each group move on to the next stage of play. Should there be a tie, which is not a rare occurrence, the team with the highest seed advances. Much as in any event where seeding is involved, seeding matters a great deal, with the higher seeds generally having the easier path to victory. Winning as much as possible is definitely to a team's advantage, so absolutely dominating the first day of play will definitely be worth the butterflies you felt every round.

After the Team Sealed stage is finished, the field of thirty-two is cut neatly in half, with teams being reseeded after Stage 1 and then organized into pools in the same manner as before. For Stage 2 of Day Two, teams participate in split-format Team Constructed, with one player piloting Modern, one playing Standard, and the last playing Innistrad Block Constructed. The fourth team member gets to play coach, advising the team on plays and keeping the whole team informed on how things are going. Preparation is incredibly important for this stage, as the team that best demonstrates mastery, or at least a modicum of study, over the myriad of formats stands the best chance to advance.

Fortunately, you have been on Magic Online virtually nonstop in preparation, browsing through lists and results, and doing a hefty amount of testing. You have no doubt that your hard work will pay off, and that your team will make it through this stage and into Top 8. You had been getting more relaxed as the day went on, but the mere thought of making Top 8 at your first pro event has helped that bit of queasiness settle back in...

With the top two teams from each pool making it out alive, the field will officially be whittled down to the Top 8. One more night of sweet reprieve before the single elimination begins. By this point, you'll have been in the feature match area. It's hard to remain unfeatured after putting up the performance you know you're going to. You've felt the lights, felt the eyes of the sea of people watching and analyzing your play over the streamed coverage. You've been interviewed and poked and prodded. By this point, you might have been feeling like this was all old hat. That you were ready.

On Sunday, the lights are brighter, the scrutiny stronger, and the view of the camera narrowed to you, your team, and the seven others looking to stop you from achieving your dream. You are no longer a nameless face in a sea of players. You are one of the final thirty-two players in the tournament, the final eight countries with a chance to win the first World Magic Cup.

So much for being ready.

Once again, you have to sleeve up your Constructed decks and fight through three vicious rounds to reach the end. You and your teammates could decide to change which format each player is playing, but the decks have to remain the same. You figure that things will obviously have worked to this point, so why mess with a good thing? Each minute that passed, each turn completed, each game in the books, brings you closer to your goal. Just three rounds and the millions of Magic players in the world will know that you are the first champion of the World Magic Cup. That your home country is a force to be reckoned with on the international Magic scene. 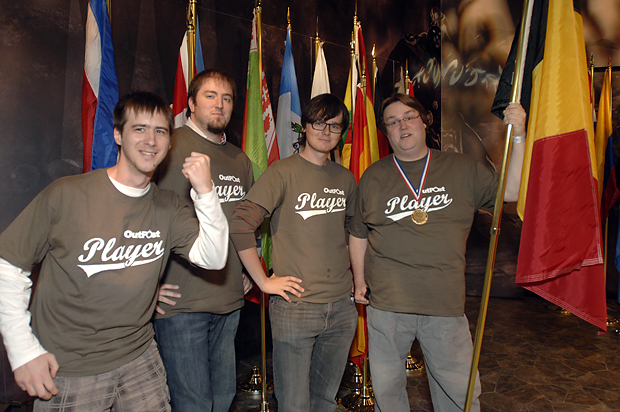 Belgium is just one of the powerful teams you might face if you make it to Sunday.

"...Attention World Magic Cup players, welcome to Round 1. You have 55 minutes. You may begin."

And like that, you are snapped back to the present, back to the seat across from Marijn Lybaert... or Luis Scott-Vargas... or another player just like yourself, wide-eyed at the magnitude of the event surrounding you. It is in this moment that you remember the road ahead. It won't be easy, but someone has to be the first. This has already been a day of firsts for you, so what's one more on the weekend? You smile, introduce yourself, and sneak a glance over your opponent's right shoulder, right toward the Cup.