Who's Who at Australian Nationals 2001

Australian Nationals has traditionally been one of the less scrutinized championships, mostly due to the lack of big name players present. There has been no real international Australian Pro Tour regular - and the most famous Australian player, 1996 World Champion Tom Chanpheng, doesn't even play anymore. But the Australian scene has been thriving in the recent months, with more players playing than ever, and it is possible that lightning may strike twice and allow for a second Australian World Champion.

The Australian Nationals will be a two day event, with Invasion - Invasion - Planeshift Rochester draft on Day 1, and the second day and finals being the Standard format. The Standard format has been pretty much well established, especially with the US regionals being the week prior. This puts special emphasis on the draft portion of the tournament, which will give a significant advantage in a largely equal constructed field. 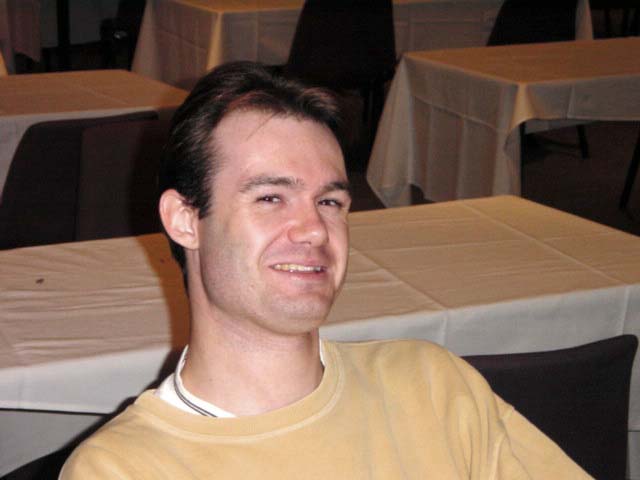 The returning Australian Team didn't fare so well in the individual events at the 2000 World Championships, placing no player in the Top 64. As a team however, they formed to be an effective unit. Starting the Team Sealed portion at 34th place, they were able to post some impressive performances versus countries such as Norway and Denmark to make 10th place. Stephen Campbell is returning as Champion this year, after qualifying last year with his innovative "Boojum" U/W mana control deck. Stephen traditionally thrives on newer Constructed formats, which may cause a few problems due to the fairly established nature of Standard at the current time. But his expertise at limited formats is well known, so it may be able to carry him a long way. The two members of the Australian team from Sydney, Kim Brebach and Ben Seck have been well established players in the Australian scene and have posted some good performances of late. Brebach may even be considered a special due to his Top 8 performance at GP Sydney. The final member of the returning team, Craig Hong has avoided the limelight in recent months, but the now experienced Hong may be able to make the magic happen again.

The most populous State in Australia, New South Wales is home to a few big name local players, with the most notable being two time Australian Champion Rod Ho. Ho hasn't played much magic of late, but one would be foolish to rule him out. Sydney is home to a few former Australian team members of old including Lenny Collins, Matthew Dickinson and Adam Kemp. But many of these players have not being playing much recently, which has given way to a new generation of players - including Regional Champion Kris Lopez, Frankie Bow, Michael Mercer and Minga Wong. Many of these players are a little light on big game experience but have proven themselves well in the local arena. 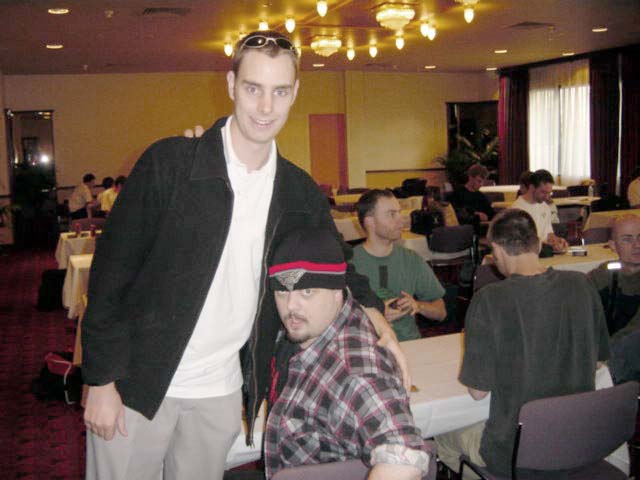 The next largest contingent of players hail from Victoria, mostly from the state's capital of Melbourne. Also possessing two distinct generations of players, Melbourne's old guard boast an impressive lineup of players. 2000 Nationals quarterfinalist Andrew MacDonald, 9th GP Sydney play John Ou, and 1999 Top 8 Nationals player John Brugman all are forces to be reckoned with. This is especially true of Justin West, the big improver of the year of 2000, after being knocked out in the elimination finals at last years' Nationals, Justin is very hungry to represent his country in Toronto. The rising stars of Melbourne's scene have made a big impact in recent months, none more so than Joe Connolly, who made the top 8 at GP Sydney. To this he has added a string of impressive local finishes that put him as one of the players to watch as the Nationals unfolds. Also among the new generation are players such as Rob Nadebaum, Jarron Puszet and James Ritchie - all names that one wouldn't be surprised near the top of the standings.

South Australia has a small close knit group of players - lead by 1999 Australian Champion Michael Doecke and 1997 APAC Champion Nathan Russell. Both players despite not playing too much in the last year have been putting in a lot of work in the lead-up to the Nationals and will be very competitive. The regional championships were dominated by versions of the cutting edge Netherhaups deck, which indicates that these players were very willing to try and play new decks in constructed. 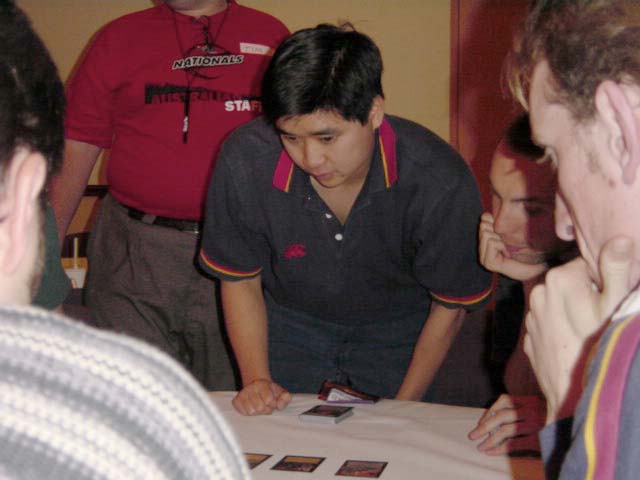 Queensland has been a huge growth area in Australian Magic in the past year with attendances more than doubling from the previous year. This has definitely filtered down to the players with many big improvers. Queensland has traditionally been a weaker state when it comes to Limited, but this Achilles Heel has been addressed with very regular weekly drafts. The biggest improver from the Sunshine state would have to be Will Copeman, who placed 2nd at GP Sydney. Copeman had numerous good local finishes and his hard work paid off in spades. He will be one of the hot favorites coming into this weekend. Not to be outdone are the cream of Brisbane players, including Early Nguyen, Greg Romans, and Chris Kwan, fresh from his voyage to PT Tokyo.

The competition at this year's Nationals promises to be fiercer then ever. Most states boast a strong contingent of new upcoming players and proven old favorites. No one state can be expected to dominate the field and it will be very interesting to see who fills out the Australian Team for 2001. As always, stay tuned to the Sideboard online for the best coverage.