In December of this year, Wizards of the Coast announced changes to their Organized Play at the professional level. Amongst the changes was an entirely new class of World Championship events, including the World Magic Cup. The event is a three-day, team only tournament which crowns the world's best Magic nation. Each nation's team will consist of three players selected through successful competition in a World Magic Cup Qualifier. The fourth player? That nation's top rated professional. Many have begun referring to this star as "the captain" of the team and I spoke with a number of professional players who are in the running for that spot this weekend to get their take on the new system.

Luis Scott-Vargas is a player who needs no introduction, certainly one of the game's very elite and always in the discussion for current best in the world. But he faces a challenge under the new system: calling the United States home means he's competing to be the best in a nation with dozens of the game's elite. "It's not clear who the best player in California is," Scott-Vargas explained when I asked him about the system. California is the state Scott-Vargas calls home, but unfortunately for his hopes of becoming captain of the nation it's also home to some of his teammates who are also in the lead, players like David Ochoa, Brian Kibler, and Josh Utter-Leyton. 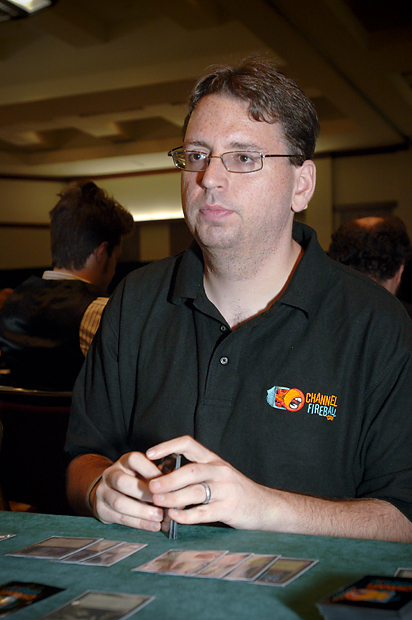 Luis-Scott Vargas is one of the many American players who is playing for a chance to represent their country at the World Magic Cup.

I asked Scott-Vargas for his thoughts on the honor in general. "It'd be a cool thing to get," he said. "My goal is to generally win as much as I can though, so I wouldn't say the opportunity has changed how I prepare for events." How did he feel about the role of a captain specifically? "I think that is awesome. It adds a great element to the national team. For the U.S., we'll see what happens at this Pro Tour. Coming in me, Webb (David Ochoa), even Conley were pretty close. But I don't see myself doing anything differently for the role."

One of the players many people assumed was a lock for his team's captain slot was Paulo Vitor Damo da Rosa (PV). While his home nation of Brazil has produced a previous world champion in Carlos Romao, there's no doubt in anyone's mind that PV is the most successful Latin American player in the history of the game. He's also a perennial Pro Tour star, and likely will have the most Pro Points headed into the World Magic Cup season. But what many forget is that, like the United States, Brazil is a massive country. 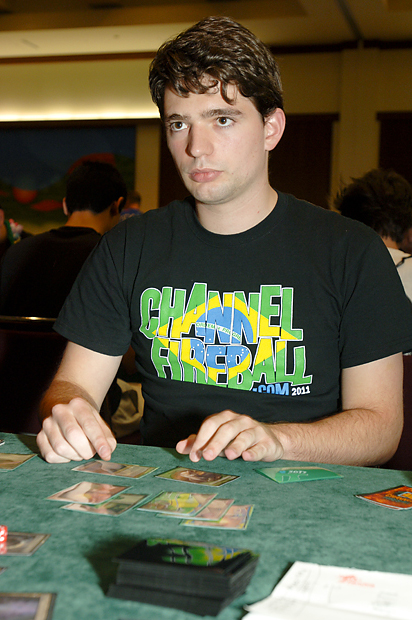 "I think it's good for the people who are really good," PV explained, clarifying his stance on the program. "It's also good for the other members though, because they get to play with a good player who wants them to win." He wasn't entirely convinced about the merits of the new program, but like any seasoned veteran had reservations about his opinions until he could access more data. "I'll have to wait and see [about the event]. For me, it's probably better."

Smaller nations are in a more unique circumstance. For a country like Belgium, home to big professional names like Vincent Lemoine, Bernardo da Costa Cabral, and Marijn Lybaert, the top pro is much easier to determine in the season because there aren't as many of them playing. "I'm behind by 15-20 points in the race," Marijn Lybaert said when I asked him about how the new program affects him. "The team event is good, and I'm going to play D.I. to qualify."

He directed me to one of his nation's current points leaders, Michael Milis to get more opinions on the changes. "I don't think the new event changes preparation, but the captain is a sort of elite PTQ, which is nice," Milis said, describing the new process as it pertains to the elite players in his home. "It won't be easy [to become the top pro], but it's a bit of a more limited pool and that's a nice change."

To get a second perspective on the European scene I spoke with Hall of Famer Raphael Levy, who hails from France. Levy has been on a tear this season traveling the world to lock up Platinum level in the Pro Player's Club and ripping off a big early lead despite having the likes of the Ruel brothers to compete with from his home. 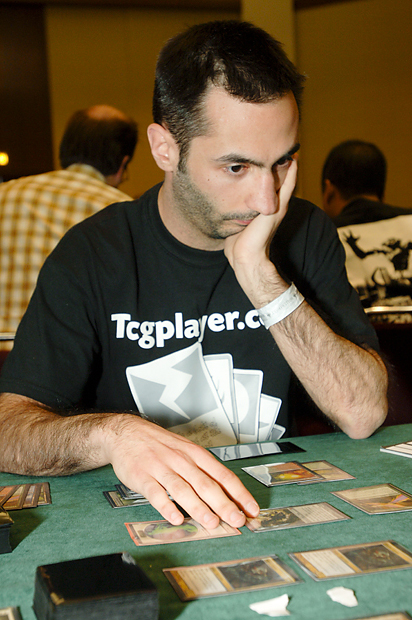 Raphael Levy has been on fire recently, and the World Magic Cup is only feeding his hunger to travel and play.

"The new system has made decisions a lot easier," Levy said. "To me personally it doesn't change much; I'm chasing Platinum so I'm happy I played in one more tournament." Levy also benefits from a pretty strong lead in the race early in the season, and I asked him how he felt about his chances of earning the captain title. "My chances are pretty high. I'm 12 points ahead in the runnings, and he's not in Day Two and I'll be going to GPs and he won't."

Though we're early in the professional season of 2012, the game's elites already have their eyes on the final prizes of the year and how that will impact their play throughout the season. We'll be looking back in on them throughout the year to see how the new system changes things and to find out just who will be representing which nation when the time comes. One thing is for certain: this year's World Magic Cup will be exciting.