Two Dutch players were inducted into the Hall of Fame this weekend, Frank Karsten and Kamiel Cornelissen. It was their countryman Bram Snepvangers, however, who found himself seated in the Feature Match area during Round 10. His opponent? Shouta Yasooka of Japan, a well respected pro with numerous Top 8s to his name. 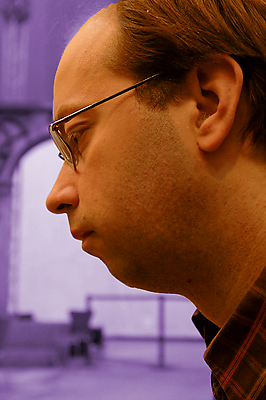 Bram Snepvangers of the NetherlandsYasooka’s opening hand featured five lands, a bit floody. However, the other two cards in his hand were both Windrider Eels, which made the grip of lands a lot more attractive. Both players kept their hands, and one of Shouta’s Eels was the first creature to the table. Snepvangers immediately used Journey to Nowhere to deal with the 2/2, but could only nod his head when his opponent promptly cast a second.

The second Eel got in as a 4/4 once before Bram reached six lands. That enabled him to cast Oran-Rief Recluse with kicker, killing the Eel for free. Shouta had no follow up, and could only watch as his opponent exploded with twin Turntimber Basilisks joining his team. Yasooka drew for the turn and found a whopper: Vampire Nighthawk. He quickly cast it, but it died blocking a Turntimber Basilisk a turn later. In fact, not only did Snepvangers have the land to trigger his Basilisk’s landfall ability, he was able to cast Rampaging Baloths first, netting a free 4/4 in the process.

Yasooka drew a card for the turn, but it was a land, the same as nearly every draw step he’d seen. It wasn’t enough, and he conceded.

The second draw for Shouta Yasooka was considerably better than his first. He had a third-turn Vampire Nighthawk, then followed it up with Windrider Eel. Bram worked on building his team casting Greenweaver Druid to accelerate out a Grazing Gladehart and Turntimber Basilisk. The Japanese player’s flyers worked over his opponent’s life total while a Paralyzing Grasp locked the Greenweaver Druid down.

Snepvangers got himself to five mana and started considering his options. His Gladehart was helping him keep his head above water, but he didn’t have a lot of time to race against Vampire Nighthawk and Windrider Eel, particularly if his opponent managed to draw lands each turn. The Dutch player used his splashed Journey to Nowhere to put the Eel on lockdown, then cast his second Basilisk and passed the turn. Shouta simply cast another 4/4 flyer to replace his first, this time in the form of Living Tsunami. If Snepvangers didn’t have a land to force his opponent’s flyer to block one of his deathtouching Basilisks, Bram might find himself even further from stabilizing.

There was no land for Bram, but that didn’t stop him from attacking with one of his Basilisks and his Gladehart. Shouta cocked his head sideways, trying to figure out the play, but opted not to block. Postcombat Bram cast Spidersilk Net, then equipped his untapped Basilisk. Now that the 2/1 had reach, it would be a formidable blocker against Shouta’s team. Yasooka sent both of his creatures in anyway, and the Basilisk traded for the Tsunami. Shouta then had an Umara Raptor to continue beating down in the air, and with a Soul Stair Expedition at two counters, he was on the verge of getting back his Living Tsunami. 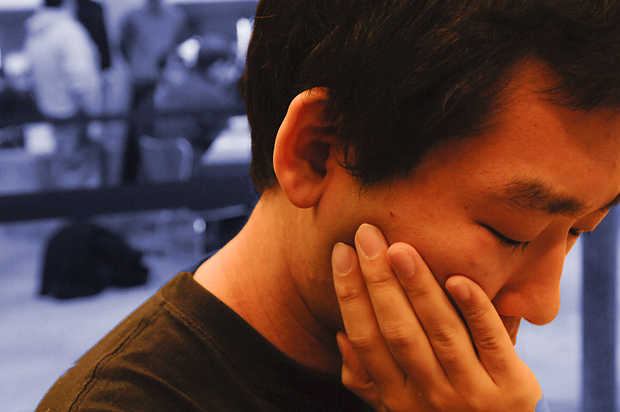 Japan’s Shouta YasookaTerritorial Baloth turned things around a little bit for Bram Snepvangers as his fatty was larger than Yasooka’s team. The Japanese player cashed in his Expedition to Disentomb his Tsunami, but opted not to block the 6/6 Baloth when it hit the red zone for Bram after a land. Sea Gate Loremaster for Shouta promised to hand him the long game, but Bram was trying to prevent things from getting there. He used an Oran-Rief Recluse to take care of his opponent’s Vampire Nighthawk, but Yasooka cast two more Allies the following turn: Umara Raptor and Nimana Sell-Sword. Shouta was tilting things back in his favor and, much to Bram’s dismay, could begin drawing three cards each turn!

Knowing he was going to lose to his opponent’s card draw engine, Bram sent his entire squad sideways. The combat step saw Shouta reduced to 8 life, trading his Umara Raptor for Territorial Baloth (with some help from the Sell-Sword), and sending Timbermaw Larva packing with Into the Roil. It wasn’t enough, as Shouta’s card advantage kicked in big time. He exploded onto the board with a second Vampire Nighthawk, a second Windrider Eel, and an Ior Ruin Expedition. Drawing only one card each turn while his opponent got to double that, Bram Snepvangers just couldn’t push through for the final points. A few turns later he was dead to his opponent’s overwhelming advantage.

“I’ll play first.” Bram Snepvangers said after both he and his opponent had shuffled for the third game entirely in silence. While the European kept his opening hand, Shouta determined he couldn’t and had to take a mulligan. Yasooka was content with six, and watched as his opponent cast Nissa’s Chosen, then Greenweaver Druid before topping his curve on Territorial Baloth. Shouta simply worked with an Umara Raptor as he tried to accrue counters on his second-turn Ior Ruin Expedition.

Grazing Gladehart helped cushion Bram Snepvangers’ life total, meaning he could effectively race his opponent’s flying Umara Raptor. Shouta added a Windrider Eel to his side of the battlefield and even cashed in his Ior Ruin Expedition, but needed a lot of help to answer his opponent’s board, which featured Nissa’s Chosen, Greenweaver Druid, Territorial Baloth, Grazing Gladehart, and Turntimber Basilisk. Paralyzing Grasp helped a little, nullifying the Baloth, but Bram pressed on with his larger forces.

Gigantiform made Turntimber Basilisk gigantic, and with Shouta Yasooka tapped out, the Japanese player couldn’t even use a bounce spell like Into the Roil to counter. Bram sent his team to the red zone, and Yasooka started doing some math. The final conclusion? He was dead to the attack step, and he promptly conceded.

1 Cancel 1 Into the Roil 1 Disfigure