Your Move Games, on the Metagame in the City of Sin

I previously talked with Team Godzilla about how the metagame had shifted since New Orleans, and how to get ahead of the wave so this time I sat down with the members of Team Your Move Games. It's fascinating to see how different teams can view a metagame the same way, but take drastically different approaches to combating it. 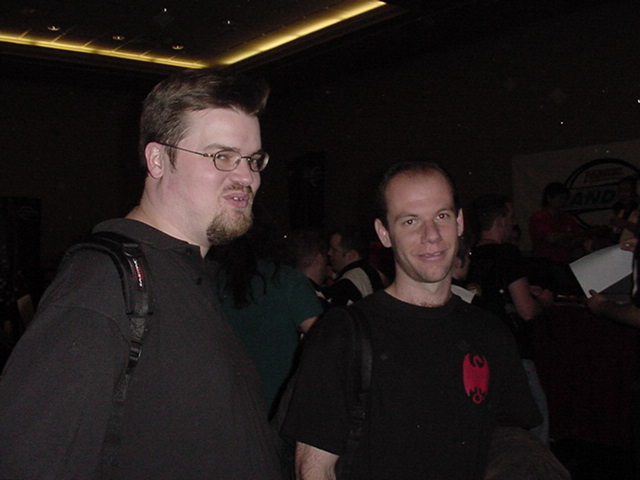 The general consensus seem to be that Trix warps the metagame away from beatdown decks, at least among the more experienced players, or forces it to change approaches radically. Sligh's tactic of ignoring an opponent and forcing them to react is just incapable of handling Illusion's 20 point life swing, particularly when combined with the massive card drawing available to it.

So how do you combat a control heavy field?

Dave Humpherys took a flexible approach, designed to use the best single card drawing mechanism in the format, Fact or Fiction, and the raw power of Call of the Herd to combat back. This is basically the build Tommie Walleries used to make the finals of New Orleans, but with Pyroblasts added into the mix, giving it an even stronger game against Trix and other Island packing decks.

2 Gaea's Blessing 3 Call of the Herd

2 Gaea's Blessing 4 Call of the Herd

1 Intuition 4 Call of the Herd 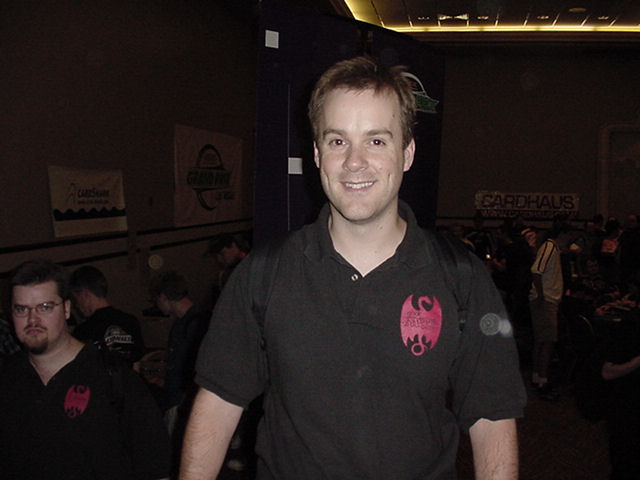 While Dave seemed to feel the format was fairly well balanced, with nothing really needing banning, he, like most of the YMG crew, had moved away from their wildly successful Benzo build, feeling the presence of Phyrexian Furnace had changed the format too much for it to be successful.

Chad Ellis, considered to be one of the nicest guys in Magic, and participant in the Top 8 of last year's PT Barcelona, also took an approach similar to Dave and Team Godzilla. Play a blue deck designed to beat other blue decks, in this case Stasis.

4 Propaganda 2 Iron Maiden 3 Back to Basics

Stasis tends to have very favorable match-ups with other base blue decks due to a heavier base of "free-spell" counters, and a lot of card drawing. Chad, like the next two members of YMG, felt that Force of Will, not Intuition is the problem with the overbearing power that blue possesses currently. To combat that issue, YMG attacked the problem through uncounterables and their own insane card drawing mechanisms.

Darwin Kastle and Rob Dougherty picked up where Benzo left off. They feel that the best way to beat a control deck is not to join them, but to give them conniptions. Where Benzo was nearly a combo deck, designed for explosively quick starts, and a possible late game through Zombie Infestation abuse, this new monstrosity can be equally fast, but due to the presence of Ashen Ghouls can give many control decks a strong run for their money, even in the late game. 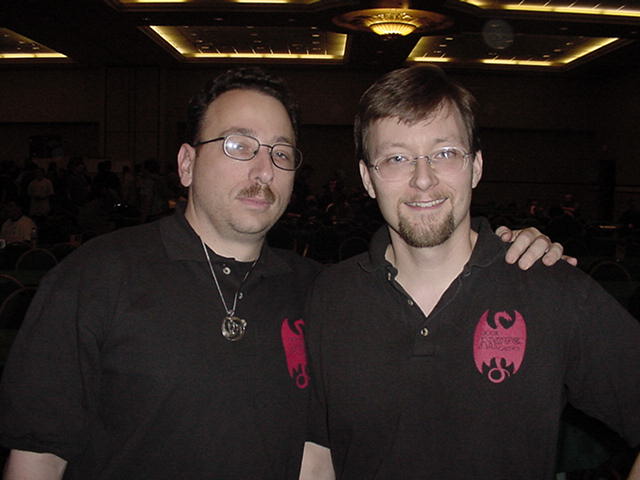 This deck has gained so much popularity that a number of other YMG players, including honorary Alaskan expansion member Sheldon Menery, are running it. Will this break through the field like Benzo, giving us another YMG dominated day 2? Time will tell.

In the meantime, if you're looking ahead to Osaka, get out your hip huggers, it looks like it will be a very wet ride, sloughing through all of those Islands.

It's important not to lose hope either. Many players have become discouraged about a largely control dominated metagame, but none of the teams I have spoken with sounded down about Extended. Actually with so many cards available, and a strong incentive to try them out, we may see a continual reworking of the metagame over the coming weeks.