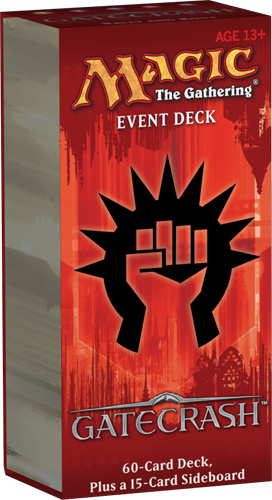 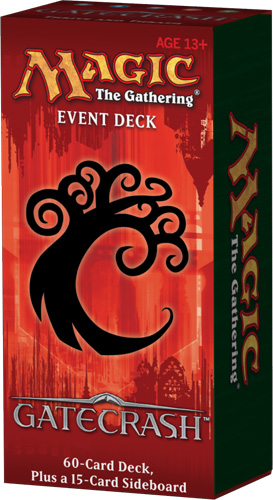 Event Decks are designed to be playable at your local Friday Night Magic events (unlike Intro Packs, which are designed as an introduction to the game of Magic and the features of each individual set). Each Event Deck contains a sixty-card deck and a fifteen-card sideboard, along with a guide to playing the deck. And each Event Deck is fully Standard-legal when it's released! 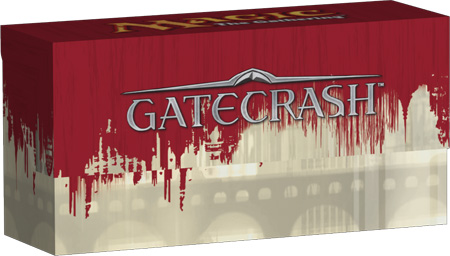 Lay down the law with a martial force led by the zealous Boros Legion. Attack with waves of battle-trained soldiers backed by aggressive support magic. Outwit the other guilds and you’ll stand alone on the glorious field of battle. The Simic Combine has no qualms about pushing the limits of life. Take command of its unrestrained ambition to engineer monstrous minions fueled by abundant mana. Let your creations loose at your enemy’s microscopic army. It’s feeding time.

The Gatecrash Event Decks will be on sale on February 22, 2013, with an MSRP of $24.99. They'll be available in English, French, Italian, German, Spanish, and Japanese.