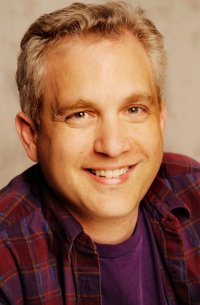 What Atog Are You?

So what time is the party? And where is it?

If I get within twenty feet of Red, will someone smack me?

Never miss a party. Unless I'm tied up in the basement.

I have to agree. Worst. Party. Ever.

The hand of God.

Here's what I want to know. Blue wanted to do something spontaneous. We sat and talked for an hour. How did Blue end up with Red?

And Red can't turn it into something it wasn't.

Red, just enjoy it for what it was. Blue can't undo it.

That's it. You weren't thinking.

You can't even enjoy the slightest amount of passion. You can't be uninhibited for five seconds. I don't know what I was thinking.

"The biggest mistake in a long, long time"?

Why wasn't I invited?

Fine, I stopped planning and look what happens. The biggest mistake in a long, long time.

When was this party?

You're so caught up in manipulating everything that you can't appreciate when something just happens.

The lack of planning was planned.

I don't care what delusion Blue's under. That wasn't planned.

Blue was with Red?

The only thing malleable is your perception. You seem so eager to have control over everything, even your own moment of letting go of control.

Well, apparently I did, so it only goes to show that anything and everything is malleable.

I'd noticed that I hadn't been spontaneous in quite some time, so I thought I'd use the party as an opportunity to be spontaneous. That's why I was interested in pursuing White.

Then how did it happen?

Remind you of anyone?

They were very methodical.

They asked a lot of questions.

What do you remember about them?

Your bedmate, Red. We know who it was.

Apparently both blue and red had wild flings.

Did I miss anything?

It was last night, Ken.

Party? What party? Is there a party?

It was someone other than Black, Green and myself.

So it wasn't me. It wasn't you. Green was tied up in the basement.

I ran into Blue this morning. While Blue didn't give me details, it was clear Blue didn't spend the night alone.

Everyone hooks up with someone.

How do we know Blue hooked up with someone?

Not me. I didn't hook up with anyone.

No. Blue and I spent an hour or so talking, but Blue disappeared before I could seal the deal. I assume Blue hooked up with White.

Did you hook up with Blue?

Right. And I didn't kidnap Green.

Again with the labels. This need to construct an entire system of morality just to justify your own actions is a little pathetic.

No, I don't. I want them to. I try to help them to, but I understand that there are those in the world that choose evil over good.

So you're so different? You don't assume that everyone acts like you?

That's the kind of world you're forced to live in. Of course you can't trust anyone but yourself. You assume everyone else acts just like you.

You know what gives me the right? The fact that I can. Those that don't recognize the value of power are forced to submit to it.

And that's what gives you the right to tie up colors and lock them in the basement?

I am of my universe.

You are not the center of the universe.

I want it to do my bidding. That's all.

You talk about how you don't want to change the world yet you keep acting to keep it bay.

It saddens you? It saddens me that you talk like that.

It saddens me that you believe that.

The world we live in. It's all well and good that each of you has a philosophy about how you want to change the world. Me? I just want to adapt to the one we got. And in this world, the only one you can trust is yourself. Selfishness is just being honest with the way the world works.

In what world is being selfish a good thing?

Maybe not to you.

Thank you, White. You don't often give me compliments.

Black, you are the most selfish, self-centered, egotistical jerk I have every met.

How'd you get out?

He tied me up and locked me in the furnace room in the basement.

What did you do with Green?

You what I enjoy about you, White? Nothing. At least your naivete makes you very susceptible.

I want to hear this from Black. You did something to Green just to help your odds in hooking up with Blue?

You orchestrated Green's disappearance so that you had a better shot with Blue?

And you wanted to hang with Blue. Nice!

Blue wanted to hook up with you, but unfortunately you were otherwise occupied.

What do you mean?

It couldn't have been Green. Green disappeared about an hour into the party. I spent most of the night looking for Green.

Maybe it was Green. Green definitely had the hots for you last night.

You don't remember who it was. I don't think your memory is the most reliable source.

I don't know what your source was but I was there too. And they had a good time.

They didn't have to. It was pretty clear.

You expect me to believe that they told you they didn't have a good time?!

I am familiar with them, yes.

It matters. So, you talked with Red's conquest?

I don't think it matters how information is gathered.

How do you know?

You assume. I know. Knowledge trumps "the gut" yet again.

How do you know they had fun?

Why are you so hung up on the name?

You don't even remember the other color's name.

I care about others. Have you ever even been in love? I fall in love every other week!

Fine, you care. About yourself.

There isn't a color that cares more. Everything I do is driven by what I care about. I'm not some emotionless robot like Blue or stuck in mindless loops like White. I have passion. I have excitement. I scream. I yell. I cry. If anything, I probably care too much.

I don't care? I'm not Black. No offense, Black.

You're unbelievable. You spend your entire life discomforting others and you honestly couldn't care less.

White, don't waste your breath. You're not going to be able to reason with Red. Red's incapable of reason.

But it's okay if I'm forced from it?

You weren't forced to stay at the party.

How could anyone in the state not listen?

At the cost of what? Like last night. I'm glad you wanted to listen to the music several decibels below the level of a sonic boom. But what about the rest of us?

Whatever! My way allows each person the freedom to do what they want.

That's fine, except for those you leave in your wake of destruction.

At least I'm free to do what I want. I can live my life on my terms, instead of following some stupid rulebook.

And random acts of violence work so much better.

How about, do I think? No, I don't. Thinking causes nothing but trouble.

Do you ever think, for even the tiniest of moments, the consequences of your actions?

I'm working on it.

Blue's right. Red, could you take any less responsibility for your actions?

I have to remember the name of every color I ever have a fling with? I don't have that kind of memory. I'm lucky if I know the name while it's happening.

No. You might say I was embracing my chaotic side.

I kiss. I tell. I just don't remember who it was.

Some colors don't kiss and tell.

I accidentally walked in on you, well, you know. How bad a party could it have been?