A Fascinating Piece of Trivia

play a game! We'll name one of the Morningtide classes and you guess how many cards' flavor texts that class has ever appeared in. For example, if we said "frog", the correct answer would be "five" (which counts both Frogmite and Frogtosser Banneret. Like this: 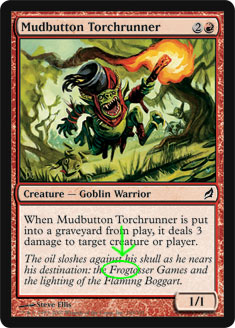 Do "Rogue" last, though, because your reward will be... a Fascinating Piece of Trivia!

The word "Shaman" appears in the flavor text of 34 cards, including Spikeshot Goblin, Storm Spirit, and Didgeridoo.

The word "Soldier" appears in the flavor text of a whopping 96 cards, including To Arms!, Marsh Viper, and Breathstealer's Crypt.

The word "Wizard" appears in the flavor text of 85 cards, which is actually not that much for a game called "Magic: The Gathering". The cards include Ward Sliver, Sideswipe, and Giant Badger. But for some reason, not The Ultimate Nightmare of Wizards of the Coast.

The word "Warrior" appears in the flavor text of 84 cards, including Kabuto Moth, Final Judgment, and Defiling Tears.

You want to know how many cards have the word "rogue" in their flavor texts? ZERO. Not a single one. Maybe a different form of the word, like "Roguish"? None. This Morningtide class (which is also this week's theme!) does not appear at all. "Thief" appears six times and assassin nine, but that still doesn't seem like very much, does it? According to flavor text, there are more diplomats than rogues! And the world of flavor text positively overflows with farmers! 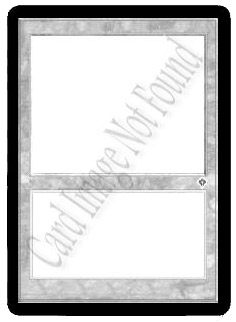