Janosch hasn't really been playing much Magic recently, and here he and his Domain deck face up against one of the few players from the Ukraine with any Pro Tour experience, as his third place in Ukrainian Nationals qualified him for the World Championships in Toronto recently. Janosch is playing Domain, and Boris has a W-R-U control deck. 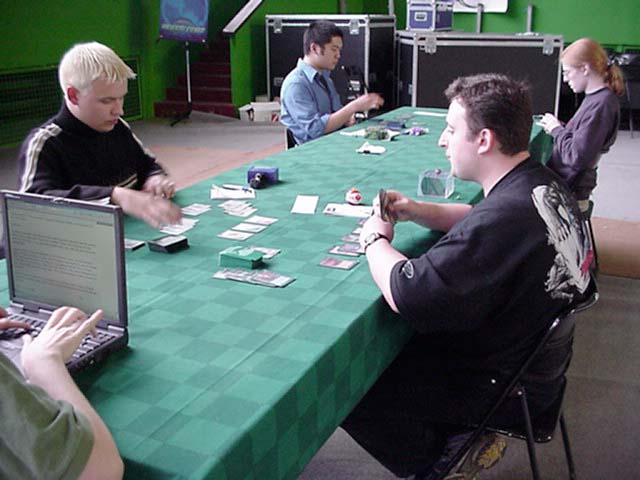 The start of the match was delayed as the judges examined Janosch's heavily marked sleeves, but no pattern was found. The Ukrainian's draw was rather poor for this match-up, which isn't a very good one for him in any case, with Jilt, and Rout in his opening hand.

Janosch played a Collective Restraint on his fourth turn. Boris only had one blue mana, but Kühn decided not to play Allied Strategies immediately in case of Disrupt. Searching for useful cards in the match-up, Zlotoiabko found his Fact or Fiction countered by Evasive Action. When Kühn did attempt to cast Allied Strategies Boris had a second blue mana, and Absorbed it. The German managed to get a second one to resolve.

Kühn's Destructive Flow was Prohibited - he could have cast a Legacy Weapon instead, but he was hoping to draw out an Absorb if Boris had drawn one in the last two turns. 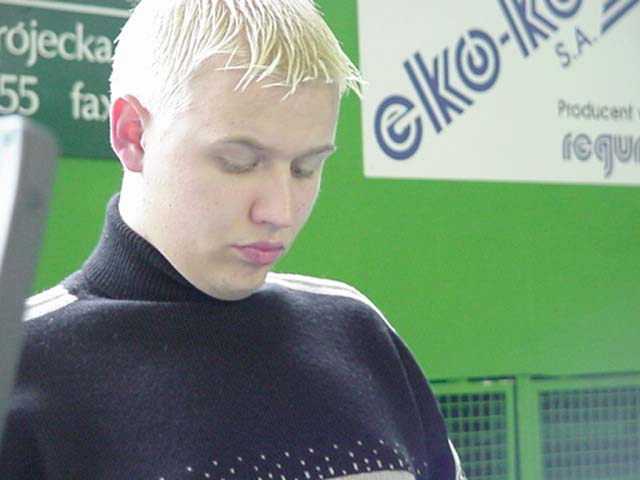 With only a Goblin Trenches, which couldn't seriously hurt Janosch due to the Collective Restraint, and Kühn with two complete Domains in play, Boris scooped as soon as Janosch did decide to cast the Weapon.

Boris took out cards that were useless in the match-up; Rout, Exclude, and Repulse, but strangely decided not to bring his Galina's Knights in, where random early beatings probably represent his best chance for victory. Janosch brought in two Global Ruin, one Legacy Weapon and a Spiritmonger. Boris was mana-screwed at the start of this game, and had to discard while Janosch used Worldly Counsel to find threats for the match. Boris did have enough mana to Absorb a Global Ruin after Kühn played the Domain without even having to search.

The German could have forced through Destructive Flow with an Evasive Action, but chose not to, probably reckoning on Boris having an enchantment removal card of some sort in his hand. Janosch searched for a second Global Ruin with Worldly Counsel and this one resolved, leaving the Ukrainian with only a basic Plains for comfort.

Janosch finished the match mercifully quickly by casting Allied Strategies for five, and then casting Legacy Weapon while Boris still had only one land.

4 Lay of the Land 4 Chromatic Sphere