On 31 points going into this round, the winner of this match would be in the top eight, whereas if they drew the chances were that one of them would miss out on tiebreakers, and if some results went the wrong way they could both end up outside the top eight.

The players spent a long time thinking about whether to draw or not, but Gabor was down in seventh, and his tiebreakers were quite poor. In the end Papp said that he wanted to play and they started the match a little later than scheduled. 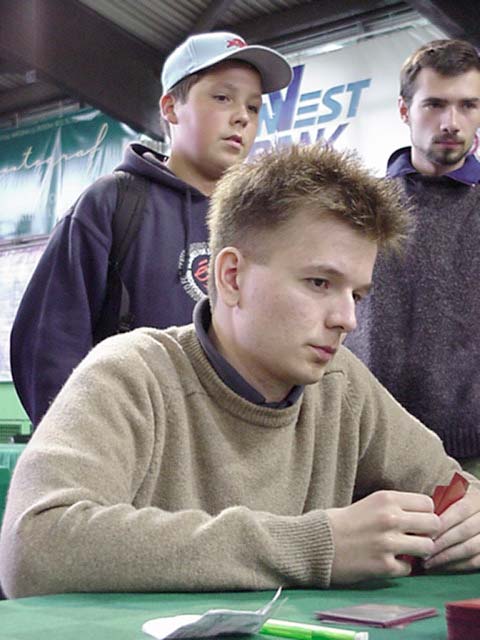 Papp decided to keep a questionable hand in the first game, with only a Swamp and a Plains for mana, but fortunately for him, his first draw was a Forest, allowing him to cast Lay of the Land and fetch an Island.

Felix played a Nightscape Familiar on his second turn and attacked with it a couple of times while Papp continued to develop his mana base. A Collective Restraint cooled the Familiar's aggressive urges on Papp's fourth turn. Felix was still in good shape, though, he used Prophetic Bolt to find a Lobotomy, and removed Gabor's Allied Strategies from the game, leaving him with two Evasive Actions and a Legacy Weapon in hand.

Even the Restraint couldn't stop the Familiar from attacking, as Schneiders swung in, leaving an Urborg Volcano and an Island untapped. This seemed like a very strange thing to do as he could no longer counter the Legacy Weapon if Papp had both a Harrow and a land on top of his deck, and Felix had no way of removing it from play.

Unfortunately for the German, both those things were true, and it appeared as if he was seriously regretting his beatdown instincts - leaving himself with two uncastable Undermines in hand just to sneak in one point of damage. Felix then had a stroke of good fortune, and immediately drew the Recoil. This time he left plenty of mana open for an Undermine.

Knowing that he wouldn't be able to get the Weapon to resolve a second time, Gabor cast a Void, backing it up with Evasive Action to strip the Undermines from Felix's hand. This left a Yawgmoth's Agenda in Felix's hand, which he cast. This left him out of black mana, so Gabor had a one-turn window to force through a spell. He cast Worldly Counsel but didn't find the one Global Ruin that would most likely have won him the game.

Instead all he could do was play Legacy Weapon, but Schneiders more than had it covered with Recoil. A few turns later, the Hungarian had to concede. 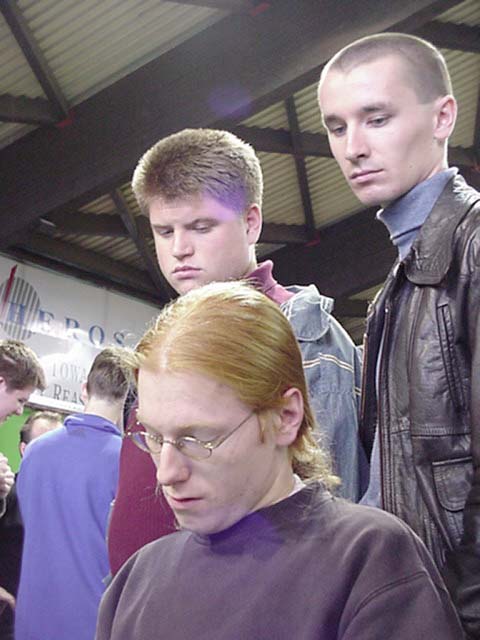 Papp wasn't satisfied with his opening draw and mulliganned at the start of Game Two. His second draw was little better as it didn't have a Forest, and he missed his third land drop. Schneiders sensed victory and went on the attack playing a 2/3 Emblazoned Golem on his third turn.

Papp had only an Island and a Swamp while the German built up to five lands and kept attacking with the Golem and a recently summoned Nightscape Familiar. Felix even countered a Worldly Counsel, just to stop Gabor finding more land. Schneiders cast Lobotomy and took Evasive Action although Harrow was also a possibility. Gabor immediately drew a Forest, and, taking advantage of the fact that Felix only had two mana open, he cast Harrow.

It seemed like this was a case of too little, too late for Papp, and Felix compounded the defeat next turn, by Voiding away Gabor's two Voids and Ordered Migration. One turn later Gabor was forced to scoop