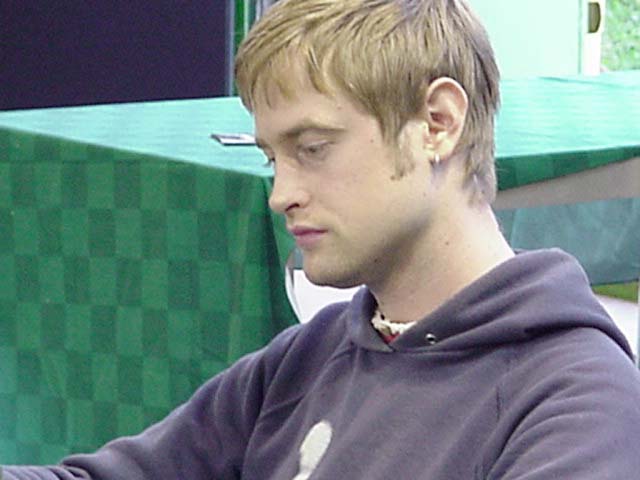 Rickard from Sweden has top eights in the European Championships of 2000 and also Grand Prix Helsinki at the start of last season. Stefano has plenty of lifetime Pro Tour Points to his name, but hasn't quite made the breakthrough into the top eight yet - his best result is 12th at Grand Prix Florence last year.

Rickard is playing No-Mar, while Stefano is running the U-R-G deck.

Both players reveal their decks early on with Rickard going first and playing a Spectral Lynx, and Fiore playing a Gaea's Skyfolk. Stefano killed off the Skyfolk with an Urza's Rage. While Österberg played a Gerrard's Verdict, Stefano added a second Skyfolk, making an impressive board position before Rickard stabilized with a Rout.

The board now cleared, the Italian played a Kavu Titan with kicker, and Rickard didn't have an immediate answer for this, he had to cast Probe in order to try and find one. He Recoiled the Titan in Stefano's turn and the Italian played it again, but a Recoil in the Swede's own turn finally got rid of it, and the board was once again empty.

This was prime time for Rickard to play a Desolation Angel with kicker, which finished the game in only two turns, as Stefano had been taking plenty of damage from pain lands since he didn't have a basic Forest.

Österberg had plenty of sideboard cards for this match, bringing in Emblazoned Golem, Slay, and Gainsay, while Fiore brought in both Gainsay and Disrupt. 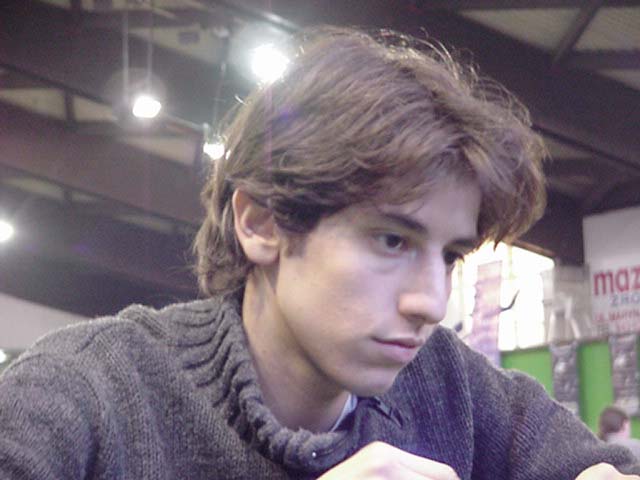 Fiore started the second game off with a Blurred Mongoose, and used Repulse to keep Spectral Lynx off the table and get in as much damage as he could. Rickard chose not to play the Lynx again so that he could Fact or Fiction, but this walked straight into Disrupt, and it was the Italian who managed to resolve a Fact or Fiction.

To make matters worse for the Swede, his Spectral Lynx was countered by a Mystic Snake when he attempted to replay it, although he did manage to get a second Lynx onto the table. This held off both the Snake and the Mongoose adequately, and so Stefano decided to cast a Gaea's Skyfolk as well.

Stefano summoned another Mystic Snake to counter a Vindicate on the Skyfolk, giving him enough ground-based creatures to make an all-out attack and put Rickard on six at the cost of one of the Snakes.

Österberg did manage to clear the board with a Rout on his next turn, but Stefano found another Blurred Mongoose immediately with a second Fact or Fiction, as well as playing a Skyfolk. Rickard's last attempt to stop the damage was a Desolation Angel, but Fiore tapped it and attacked for the win.

Rickard's draw was very strong for game three, and the early indications were that Stefano's hand wasn't so good, as his first three lands included no green mana. Österberg made an Emblazoned Golem on his third turn, and a Phyrexian Rager on his fourth and fifth turns, threatening to overwhelm the Italian.

Fiore used Urza's Rage to kill the Golem, but had to wait another turn before he finally got some green mana. Even then he was only able to cast a Blurred Mongoose, which traded with one of the Ragers.

This wasn't enough to stop the Swede's onslaught as he played Spectral Lynx, and then Gerrard's Verdicted away two Disrupts from Stefano's hand. Fiore had more creatures still, but nothing that could stop a Protection from Green Lynx. While Fiore tried to race in the air with two Gaea's Skyfolk, Rickard made a 3 / 4 Emblazoned Golem as well as a second Lynx.

Stefano had no answer and had to scoop.