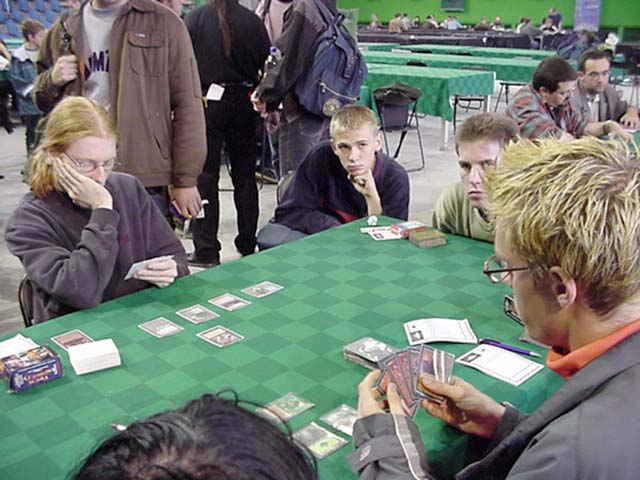 David took a long while considering his turn two play and finally decided to go with Yavimaya Barbarian. He added a Raging Kavu to the force and attacked reducing his opponent to fifteen. Felix missed a land drop and had to pass, but managed to Repulse the Raging Kavu after the attackers had been declared. Linder produced a Penumbra Bobcat while Felix was tapped out. Schneiders summoned a Nightscape Familiar leaving regeneration mana open. Despite that Linder attacked and lost the Bobcat putting the token into play. He killed the Familiar with the newly played Flametongue Kavu. He even added Raging Kavu to the next attack and Felix managed to Fire both the token and the Kavu. Still, he only had four life and scooped after Linder showed him his hand.

Linder sided in some Dodecapods and Planeswalker's Furies taking out Flametongue and Raging Kavus along with a single Scorching Lava. Schneiders took out expensive cards like Lobotomies and Voids to make room for Ravenous Rats.

Schneider's second turn Rats ate a Mountain, while Linder played a Yavimaya Barbarian. He did not attack with it as it was Raged. He makes a replacement in the form of a Kavu Titan and started to beat down. He made a Mongoose, but his Titan was bounced by Schneider's Repulse. His attempt to replay it with kicker was Undermined. Skizzik, however, did not meet any countermagic, but was killed by an Urza's Rage.

Yet another kicked Skizzik entered play on David's side, allowing Felix to cast Fact or Fiction. Schneider killed the Skizzik with a Prophetic Bolt leaving himself tapped out and defenceless. 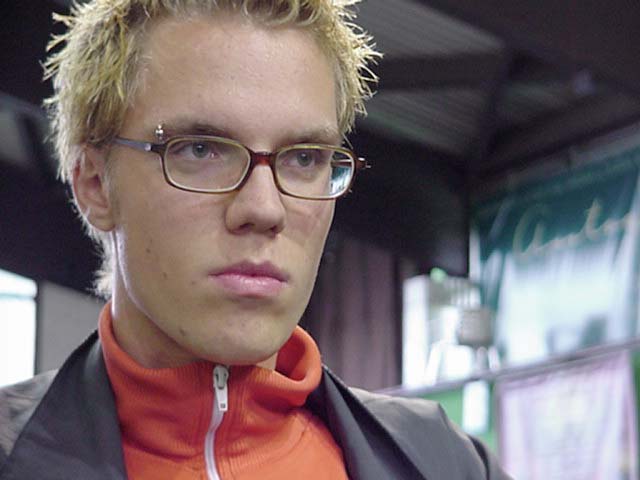 Linder capitalized on this by playing a Bobcat and another Mongoose. Seeing that David had no cards in hand, Felix Recoiled the Penumbra and then Undermined the topdecked Battlemage. Mongoose traded with the Rats while the other one proceeded to attack. Another Rats were the answer for the second Mongoose, and Felix kept digging deeper with another Facts, this time choosing a pile with an Emblazoned Golem. Linder's try to sneak Planeswalker's Fury into play was Undermined again after Schneider cast his third Fact or Fiction. Linder summoned a Kavu Titan with kicker and it was responded by Prophetic Bolt targeting David's dome. Schneider's fourth (!) Fact or Fiction this time brought a Spite/Malice, Fire/Ice and a Familiar along with two lands.

Felix finally attempted to burn his opponent out with Fire, then cast a Yawgmoth's Agenda only having to deal five more damage to Linder and having a graveyard choke full of good cards. Linder took a long while to think and finally put his two creatures in the red zone but it didn't matter as Schneiders has only had to untap, Fire David and then Rage him in his upkeep.

David made a turn two Blurred Mongoose that traded with Schneiders's Familiar. Freshly summoned Penumbra Bobcat met no blockers, however, when it entered the red zone and was Recoiled allowing a 5/5 Dodecapod to enter play on Linder's side. After he added two Mongooses and a Titan to the assault, Schneiders saw no way to stop the pressure and conceded this lightning fast game.