All Universal Tournament Rules and Magic: the Gathering Floor Rules are in effect for this event unless specifically overruled by information in this Format Document 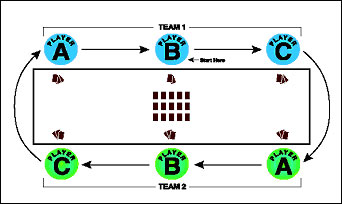 Wednesday
Play will begin at 10:00 AM. Players should be in the tournament hall by 9:45 AM.

Thursday – Sunday
Play will begin each day at 9:00 AM. Players should be in the tournament hall by 8:45 AM each day.