The 2008 Magic: The Gathering World Championships is the culmination of the Magic year. Players from more than 50 countries will come together in Memphis, Tennessee for the pinnacle of international Magic competition. National Champions, Pro Tour winners, the highest-ranked DCI players, and more will square off to earn the coveted title of "World Champion."

Worlds also features the best public events of the season, topped by a series of gold-themed tournaments culminating in a top prize of $10,000 in 14k gold. There's also a slew of attractions inside the hall such as A Planeswalker's Journey through Worlds, artist signings, fan activities, game shows, trading, and much more for every type of Magic player.

The 2008 World Championships will be held December 11-14 at the Memphis Cook Convention Center.

The Player Party and Registration will take place at Graceland on Wednesday, December 10 (6 p.m. - 10 p.m.). For more information, click here.

Wizards of the Coast has made arrangements with a shuttle service to facilitate transportation between Memphis International Airport and the downtown area. Calling to book pick-up 24 hours in advance is advised for departure. All anyone has to do is let the driver know you are with the "Wizards of the Coast" group.

Please contact Hélène Bergeot at helene.bergeot@wizards.com if you wish to set up a press credential for the 2008 World Championships. Wizards asks that all media requests be submitted by December 5 (one week prior to the event). 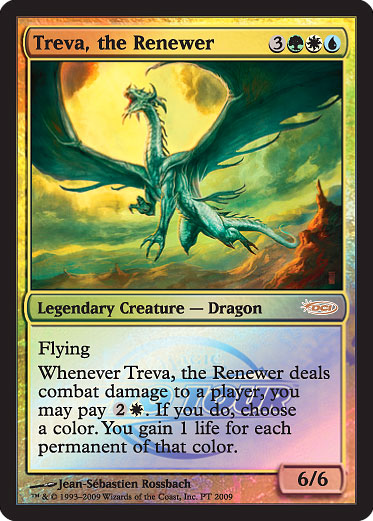 Come by the DCI booth at Worlds for your free alternate-art promo card (while supplies last).Win GOLD!
Win $10,000 in gold! There are nine special qualifier events during Worlds, culminating in a Shards of Alara Sealed Deck tournament where the winner takes home $10,000 in 14k gold. Click here for complete contest details.

Public Events
There are many more events open to the public, all with great prizes. You can see the complete Public Events schedule here. Find a format you like and come on down...prizes include Pro Tour invitations, iPods, "Game in the Gulf" qualification plus accomodations and meals, an Xbox Elite, an Apple TV, a complete set of foil Shards of Alara cards, and much more!

A Planeswalker's Journey through Worlds
Join us for this fun, new activity at the World Championships! In order to participate, pick up your badge at the DCI Booth or the Public Events area. The badge has 24 achievements for you to try to accomplish during your weekend at the World Championships. Achievements include playing in a Public Event, getting an artist signature, demoing Duels of the Planeswalkers, playing in Mark Rosewater's "Question Mark" game show, defeating a champion in the "Champion Challenge", and much more. For a complete list of achievements, click here

Top 8 Sunday Webcast
Watch Sunday's Top 8 action on plasma screens in the hall, with Hall of Famer Randy Buehler and Pro Tour Historian Brian David-Marshall providing the play-by-play and color commentary. Sunday's action begins at 9:45 a.m. ET and is also available as a webcast from the comfort of your own home.

Meet the Artists
Meet some of the game's top artists! Mark Tedin, Alan Pollack, and Matt Cavotta will be in attendance signing cards. Click here for more information on each artist. (Due to family illness, Chris Moeller will not be in attendance as previously stated.)

The Champions Challenge: Play Against Magic R&D
Want to see how you fare against the makers of Magic? Come to the champions challenge area and test your skills against members of Wizards of the Coast's R&D department -- with prizes awarded whether you win or lose!

Magic Trivia Shows
Do you think you're the master of Magic trivia? Test your knowledge at Question Mark, a Worlds tradition hosted by none other than Magic head designer Mark Rosewater. Team up with your friends and win great prizes. If that's not enough trivia for you, try out The Magic Game Show with Rich Hagon, where you have a chance to win 1,000 rares!

Magic Roundtable
Take part in a once-in-a-lifetime opportunity to hear from the minds behind the Magic. Richard Garfield, Mark Rosewater, Aaron Forsythe, Mike Turian, and Matt Place will take your questions in the Magic Roundtable, hosted by Rich Hagon.