The artists booth will be open Thursday through Sunday from 10 a.m. - 5 p.m. 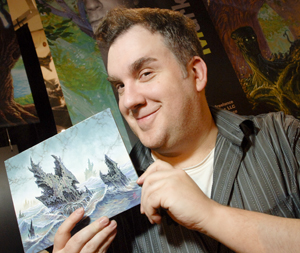 Mark was born in Sitka, Alaska, a sublime but wet locale under the North Star. When younger, Mark wanted to be an astronaut. As a result, he started drawing pictures of outer space and flying saucers, soon including monsters and creatures in the illustrations. His appetite to draw grew as the years went by, but it wasn't until Mark was in junior high school that he decided to pursue a career in art.

After high school, Mark went to college at Gonzaga University in Spokane, Washington, to expand and hone his artistic talents. While there he took many classes outside of art because they provided information about a variety of subjects and helped Mark come up with ideas. In particular, he liked science courses. Following Gonzaga, Mark went on to receive his master's degree in fine arts at Washington University in St. Louis, Missouri. He then packed his bags and joined his friend Anson to work in Seattle.

Mark's freelance work for Wizards of the Coast began shortly after he arrived in the Emerald City. For him it was, and still is, a dream come true: drawing strange creatures and environments and making a living at it!

From 1997-2000, Mark also worked on site at Wizards of the Coast as a staff conceptual artist. Since then, he's also been teaching illustration, visual composition, and figure drawing part-time at the Northwest College of Art near Seattle.

Mark has been freelancing illustrative and conceptual design work for eighteen years and is loving it. 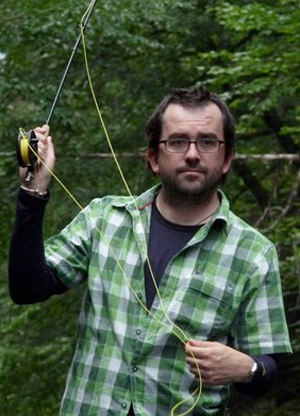 Chippy is a Scottish artist living and working in Canada. He studied Graphic Design at Glasgow School of Art before deciding to focus on illustration.

Interested in games from an early age, he has found a natural home as an illustrator and concept artist for them. He currently lives on the St. Lawrence River in Montreal, and works full time as a concept artist for Eidos Montreal. Chippy has about a hundred Magic cards to his name, and has helped concept a few of the planes. 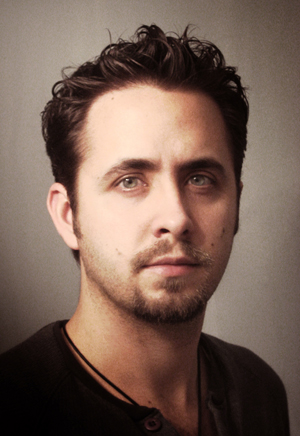 In addition to his career with Oddworld, Raymond gradually launched a freelance illustration career starting in 2001 with the covers for the Korean manhwa Priest (soon to be a feature film). From there, he's gone on to work primarily in books (Wizards of the Coast, TOR, Nightshade, Pyr) as well as comics (Dark Horse), advertising, and album covers. This strong foundation in fantasy and sci-fi illustration ultimately led him to be invited to join the many creative talents of the Magic: The Gathering card game, for which he has created nearly 40 pieces to help flesh out the rich and expansive universe.

Raymond currently lives in the Hawaiian Islands, where he occasionally allows the primordial natural beauty pull him away from his artistic endeavors. 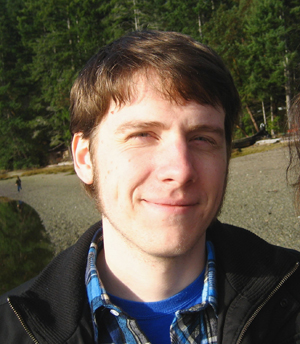 Chris was born in California and raised in rural Washington State where he passed much of his childhood drawing heroes and monsters. At the age of seventeen he began his formal training in the arts at the Academy of Art in San Francisco where he earned a BFA in illustration. Since leaving school, Chris has worked with a wide variety of clients including Wizards of the Coast, Blizzard Entertainment, and Random House Publishing.