For a year filled with memorable finishes, breakout performances from emerging regions on the professional Magic scene, and the development of modern stars, there is one country that stands out when thinking about the 2013-2014 Premier Play season.

That country, without question, is France.

While France has undergone a few years of rediscovering itself on the professional scene, the country made its memorable return to the Sunday stage with their win at the 2013 World Magic Cup. However, while that event served as the springboard for returning France to the top of the game, it was one player at the Pro Tour following that event who became the face of modern French Magic.

That person is Jérémy Dezani, Pro Tour Theros champion and the 2013-2014 Player of the Year. 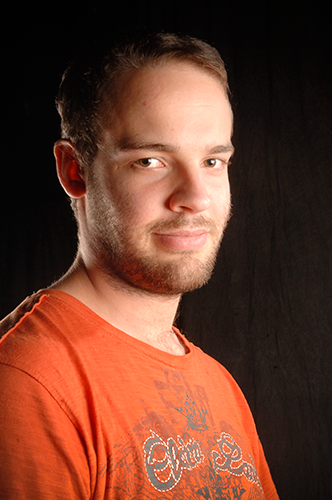 Dezani's roots were traced back to when he was 15-years-old, where he discovered the game from the local community in his hometown of Orléans. It didn't take long for him for the fires of competition to set in. He began playing in Pro Tour Qualifiers a year after he picked up the game.

"I spent entire nights and weekends playing Magic with friends from my hometown, building decks for PTQs and Regionals," Dezani explained. "I remember that, after school, I'd ride my bike to the local shop in the center of the city and play against other students every day. I don't think a day passed by without a deck box sitting in my school bag."

Dezani made the transition into PTQ competitor at an early age, and his pro player aspirations led him to his first Grand Prix Top 8 at Paris in 2009. However, his first GP Top 8 was ended quickly with an early exit in the quarterfinals.

"I was young, and didn't realize how different playing in the Top 8 of a Grand Prix would be, and I didn't play as well as I could have," he commented. "In my second Grand Prix Top 8, in Lyon, I discovered what I was lacking from my approach when I was playing in Paris three years prior. I played with more motivation and concentration, and it was in Lyon that I won my first Grand Prix. I now play with the same personal motivation and concentration that I did then in all of my events."

That motivation, passion, and deeper level of concentration was present at Pro Tour Theros, Dezani's first—and most important—finish in the game. In each match, Dezani approached each play with methodical precision, thinking through every decision like it would be his last in the match. The results were clear, and Dezani's invigorated approach to playing on the Top 8 stage has led to some very big moments in the past year.

"I've had some great moments in the last year," Dezani said. "My Pro Tour Theros win, my five Grand Prix Top 8s, the Grand Prix Milan win, and the Player of the Year Title were all big. But the most important was probably my win in Dublin. That event changed my life."

Dezani's advice for aspiring pro players is one of recognizing where you stand, and that all experiences can provide growth. "Do your best during every game," he said. "Listen to the advice of better players, and don't complain if you are defeated. Instead, learn from your losses."

While the 2013 World Magic Cup was France's springboard back onto the Magic Pro Tour main stage, Pro Tour Theros was Dezani's springboard to his Platinum-level Magic career. With a phenomenal 86 Pro Points earned through multiple solid Pro Tour finishes following his win in Dublin, Dezani has established himself as one of the best.

And in just a few short weeks, we'll see if the best from the 2013-2014 season will claim another title to add to his already sterling resume.