If you followed Pro Tour and Grand Prix coverage from 2006-2012, there is no doubt that you may have seen footage or read an article that talks about a Top 8 featuring Paulo Vitor Damo da Rosa.

The longtime Pro player from Porto Alegre, Brazil has been a fixture of the Pro Tour for nearly a decade, as his incredible nine Pro Tour Top 8s since 2006 not only made him an easy vote for the 2012 Pro Tour Hall of Fame—the first year in which he was eligible—but also makes his already incredible fifteen Grand Prix Top 8s seem like an afterthought.

“I’ve been playing Magic since I was around eight- to nine-years-old,  so for roughly 19 years, without ever stopping,” Damo da Rosa recollected. “My first Pro Tour was in 2003 [the World Championships], and the first year I went to all Pro Tours—which is when I start considering myself a professional Magic player—was 2006.”

While 2003 was the year of Damo da Rosa’s first Pro Tour, his first fond memories of the game begin before that, playing with old starters, first tournaments, and his self-exploration into Limited strategies. 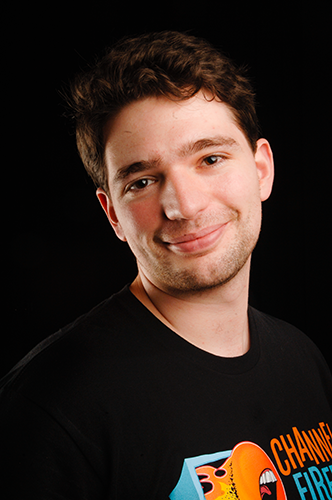 While there are many people who can shape a person’s life and progression, three people specifically stood out to Damo da Rosa as influential in making him the player he is today.

“There are three people who have shaped me a lot as a player,” he said. “The first is my mother, who was always extremely supporting, more than she had any right to be I think. I started the game very young, and quickly enough I wanted to go to the store and spend the entire day playing. Rather than telling me no or letting her nine-year-old kid spend a day by himself with people who were sometimes much older, she would just go to the store with me and stay there, reading or doing her own things, until I was ready to leave. She did this many times, for hours at a time."

"Once I started playing competitively, she supported me even more. When I first traveled to big events, we didn’t have a ton of money, and traveling from Brazil is very expensive. She took a big leap of faith on me and that this whole Magic thing would pay off, and made personal sacrifices so that I could attend my first international tournaments. If it wasn’t for her, I would probably not be a Magic player, let alone a professional one."

"The second is Willy Edel. I met Willy at my first Pro Tour, in 2003, and since then he’s kind of been an older brother to me, inside and outside of the game. He had more experience than I did with traveling, playing in competitions and just doing things in other countries as a whole, and he guided me through all of those processes. He still does, even if I am substantially more experienced now."

"The third is Luis Scott-Vargas. I met Luis during a Cube Draft at Grand Prix Phoenix 2006, and we hit it off during a plane ride to Japan. Eventually we started testing together, until he decided to form the ChannelFireball team, and he invited me to be a part of it. Playing with ChannelFireball was an incredible change from what I was used to, and it catapulted my level of playing and also my level of enjoyment in the whole Pro Tour circuit. For a couple of years, we were the best team in the world in a way that had never been matched, and it was awesome to be a part of that. If it wasn’t for Luis, none of it would have happened.”

Paulo Vitor Damo da Rosa is not only South America’s best Magic player. He is among greats, a player with stats that come close to that of Jon Finkel and Kai Budde, and may very well exceed those two players with time.