For Pro Tour Born of the Gods champion Shaun McLaren, this past year of Magic has been one big, wild ride.

"It’s hard to understand when you're wrapped up in the moment," he began. "You're so focused on just winning or losing, but looking back makes me really appreciate I having such great finishes in such a short time period of time. I'm just trying to enjoy the wild ride of being a Pro now."

His wild ride began in Valencia, on a Sunday morning near the end of February. McLaren, known for being one of the hidden masters of the Modern format, triumphed in three straight exciting matches, including an impressive Final against fellow World Championship competitor Jacob Wilson, eventually winning his first Pro Tour title.

"My favorite format of all time is that Modern format," McLaren admitted. "Modern is such a great format that’s always going to be shifting but looking similar, and if it ever gets out of hand a couple bans can put it back in place. Modern has interesting thought provoking games and diverse strategies and deck choices. It rewards practice and attention to detail." 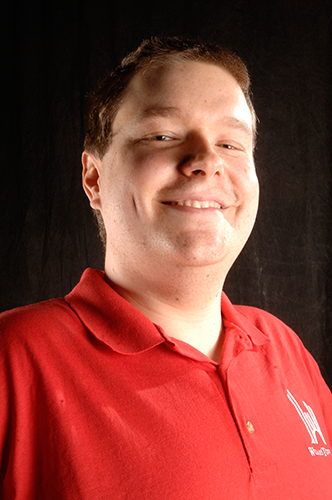 Fast forward to Honolulu, eight months later, where McLaren made another incredible run to the Finals of Pro Tour Khans of Tarkir, eventually falling to Ari Lax. He did so using the same three colors that had earned him the title in Valencia. He had already earned his invite to the World Championship in December, but this Finals appearance really cemented the fact that McLaren is one of the top players in the game right now, making the World Championship an ideal place to showcase his skills against the best.

"There are so many awesome players I am excited just competing against any of them at the highest level," McLaren said about his opportunity to compete at the World Championship. "I wouldn't mind beating the entire Peach Garden Oath and I think a great matchup would be me vs. Jacob Wilson in the Finals."

Like so many of us, McLaren’s rise to the top came from humble origins, learning to play the game with family and friends.

"Some of my favorite memories are of playing sprawled out on the carpet against my Dad or my brother or at school against friends—I don't play on the floor nearly as much as I used to nowadays," he recounted. "I loved discovering ridiculously overpowered cards like Shambling Strider or Wiitigo and building new decks. Apparently I had a thing for Yetis at one point."

"One of my biggest influences has been my brother. He is a huge reason why I became the player I am today. Having someone to bounce ideas off is really important, and we helped each improve so we were always on the same level. Also my Mom and Dad for always supporting me."

With the World Championship on the horizon, McLaren, like all of the other 23 competitors has a lot to prove, mostly to himself.

I think we all want to make our mark in some way and prove that we are intelligent, capable human beings that can succeed at anything we truly put our minds to.

I would love to succeed on the biggest stage Magic has to offer and prove the drive and dedication I have by winning the World Championship."