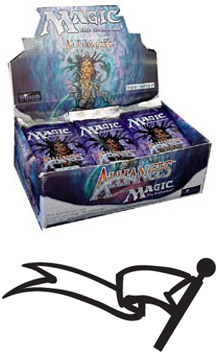 t the end of the Brothers' War, a great explosion rocked the entire globe. Tons of dust and debris floated into the atmosphere. On a cosmic level, a barrier called the "shard" formed around Dominaria and its nexus of planes. Even the almost-godlike planeswalkers couldn't cross this barrier. Those inside it were trapped for eight hundred years, and for eons, ice covered the entire globe. The plane of Dominaria all but froze to death in the wasteland formed at the end of that war. Then, a planeswalker named Freyalise cast her world-spell, lifting the ice and bringing Spring to a world with only Winter. But with this great change came great difficulty. Those who still lived on Dominaria had adapted to life in the frozen wastes. With the thaw came great floods and massive plagues. Those who lived on the coast had to give up their homes and move farther inland. The barbarians in the mountains had to doff their furs and adjust to the warming climate and spreading of disease. And perhaps worst of all, a power-hungry necromancer named Lim-Dûl raised an army of undead, intent on conquering the world. At the same time, the shard was finally opened by the passing of a heavenly body, and those planeswalkers trapped for hundreds of years left Dominaria. 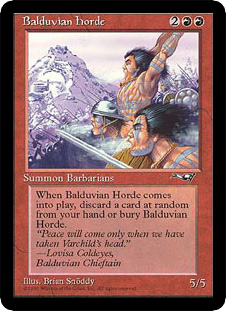