There are five new one hundred-card decks in this release, each will contain fifteen new cards to Magic. Where the first release had five decks which were wedges from the mana pie (that is one color and its two enemy colors.) These five decks all follow are a central color of mana and its two allies, what we refer to as shards of the color pie.

There are going to be, in total, 51 new cards legal in Eternal formats (Vintage and Legacy) but they are not legal in Standard, Block Constructed, or Modern. Want to see two of them? Visit mtgcommander.net and see what we revealed this past weekend at San Diego ComicCon and PAX Australia! 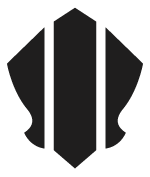