he stories of Magic are well known, as they are told on cards, in art, on the web, and in books! Most recently we had The Secretist by Doug Beyer, a three-part novella released in e-book form.

Do you know what the first novel about Magic was? It's been a while, so it is likely many of you weren't playing when it came out. It was Arena by William R. Forstchen. And it was released in November of 1994!

The novel followed Garth One-Eye and events that took place during Festival, a holiday in the city of Estark. It's a fun story that perhaps shows some of its age with the times, having been released in the earliest days of Magic, but is still a very fun read, I think.

Another thing that made this novel interesting was that it was the first time we offered a promo card with the purchase of the novel. If you bought Arena, you received a promotional card of the same name!

This card was only available in the novel, having never been printed in any other set! Years later, during the Time Spiral timeshifted cards, Arena made its first appearance in booster packs!

If you're interested in reading the story of Garth One-Eye, you you can see if any of your friends have a copy of the novel that you can borrow—or you can check out the e-book of Arena, available from Amazon. 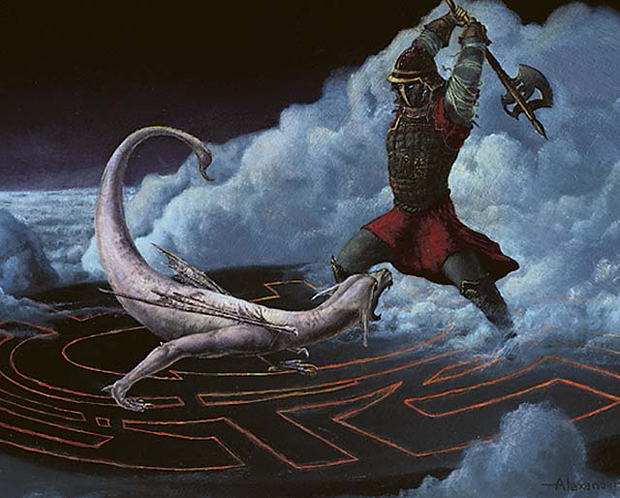