The Art of Bluffing

to all faithful readers of magicthegathering.com. 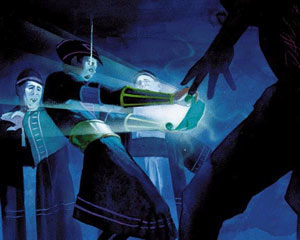 This is the first time I've written for the official web site of the card game I have loved and played for 8 years, and trust me, I feel honored to do so. I love the people who play Magic, I love the changes these magical cards have made for me, and most importantly, I love the art of writing strategy-based articles to share with the people in the community. The theme for this week is Bluff Week, which is probably the main reason why I am writing here. I have some experience in this subject, and for those of you who are not aware, I'd encourage you to watch the video coverage from Pro Tour – Nagoya 2005 (Quarterfinals, Part II) of the quarterfinals match between me and Frank Karsten. I hope you all can feel the thrill and excitement of bluffing. As for bluffing, I have my rule of Five Ws, and here they are.

If you look in a dictionary, bluffing means misleading by a display of strength and confidence. In Magic: The Gathering, it is practically the same thing. You perform a bluff by showing a different expression or action instead of what you should, or even the same expression of what you should be doing anyway. Sound complicated? We'll get back to this later.

Why Do We Bluff?

Bluffing has been one of the fundamental elements of the game since Magic was invented. The reason we would want to bluff is because we want to gain an edge in that particular match by making our opponent to play exactly the way we want. You see, there are many times when you would want your opponent to block your guy so that you can use the combat trick to kill his guy, or you actually do not wish your opponent to block your guy because you want to deal that additional damage, or you hope your opponent would fear the non-existing Counterspell that you might hold in hand, and proceed to hold onto his game-winning spell. However, how do we actually get to do this? The ultimate answer is bluffing.

When Do We Bluff?

We could bluff whenever there is an opportunity to do so, as long as it is legal and not cheating our opponent (remember, cheating and bluffing are two very different things). But when do we get opportunity to bluff? The answer is fear. When there is fear, there is opportunity to bluff. For example, If you attack with a vanilla 1/1 guy and your opponent has a vanilla 2/2 guy, I am 99% sure that he will block your 1/1 because there is no fear of losing a 2/2 vanilla even if you have the combat trick to kill it. But how about if you have a 3/3 guy and your opponent has a 4/4 guy? Now, the difference between power and toughness is the same with the first example, but the level of fear is different. Losing a 2/2 vanilla and a 4/4 vanilla to a combat trick makes a huge difference – and in the case of the 4/4, a huge pain. If you attack with the 3/3, I would say you have at least a 50% chance to bluff the damage even if you are holding blanks in hand, and even a greater percentage if you had shown combat tricks in the previous game.

One thing that makes bluffing such an important aspect of the game is that Magic is a game of imperfect information. Everyone is trying to seek an edge, and usually we gain an edge by reading or predicting what our opponent has or is trying to do. By presenting a bluff, whether it's called or not, we make your opponent feel uncomfortable, because he has to go through the process of deliberation, thinking and trying to get the right call – and believe me, the more your opponent has to think, the more exhausting it is, and the higher the chance he will mess up his game. Don't get me wrong, I'm not trying to be a jerk – after all, Magic is about having fun – but it is truly important as well to learn the aspects of the game and protect yourself with the knowledge.

Where Do We Bluff?

It is highly dependent on yourself, but I would recommend you to try to bluff at lower level of competition such as Grand Prix Trials, Pro Tour Qualifiers, or even Friday Night Magic tournaments because the risks and stakes are much lower there compared to Grand Prix or Pro Tour. Undeniably, it feels great if the bluff meets success, but it is essential to calculate the risks of the bluff and the consequences should your bluff be called. Obviously, the greater the return the higher the risk, so it is better to be called in smaller tourneys rather then in a Pro Tour. It is very important to feel comfortable with yourself when you bluff – it will make the bluff better and give it a higher chance of succeeding as well. Once you are comfortable with yourself, you are ready to take your chances.

Who Do We Bluff? 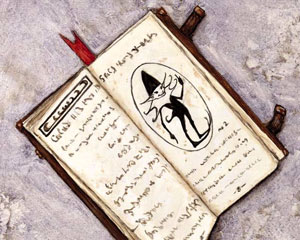 There is a saying, "Never try to bluff an idiot." I have to admit that this statement is likely to be very true. You should never bluff a player whom you think has mediocre play skill. Players with low level of play skill often do not go through much deliberation and play the game for the purpose of fun. Most of the time, the bluff can only succeed if your opponent goes through a lot of deliberation and ends up messing up his game, but what if he doesn't even care what you are trying to bluff, and plays the game at his own pace without even noticing what you are presenting? I would say there is a much better chance of bluffing a better and experienced player rather then a mediocre player. If you play with a mediocre player, concentrating on your game plan is better than wasting your effort to formulate a plan to bluff him.

Congratulations, now you have mastered the Five Ws of bluffing and you know a little thing or two about it. Let's proceed to the advanced level. Now, I would like to show you the difference between a "bluff" and a "double bluff."

Want to know the

Double Bluff is something slightly more complicated than a bluff, but it is definitely not the hardest thing to master. "Perform the same expression of what you should be presenting" is the easiest way to show what a double bluff is. A double bluff often means that you want people to think that you are bluffing, but the truth is, you are bluffing the "bluff," and you are actually telling the truth! In other words, you are actually not bluffing anything, but you want to make the real truth to seem like a bluff in order to bait your opponent to think that the real truth is actually a bluff. However, the hardest part of a successful double bluff is the right timing. Often, a badly timed double bluff means telling the truth to your opponent without giving you any significant advantage. Here's an example:

You are playing a red burn deck with plenty of direct damage and small critters, and you are up against a blue-white control deck with plenty of counters, card-drawing spells, and mass removal. The bad news is that all of your creatures had been cleared by your opponent's permission and removal, and the good news is that your opponent only has 4 life remaining. You are now holding a game-winning Char in hand, but you have nothing else in hand nor board besides the Char. You know your opponent has a Fact or Fiction in hand from the previous Fact or Fiction, and he is also likely to have counters in hand as he has been missing land drops, which meant he drew spells, and only has 4 lands in play. Now, what can you do to double bluff your opponent into tapping out to cast the Fact or Fiction and allow you to play the game winning Char? Think about it. 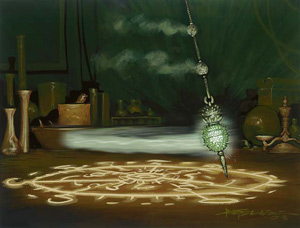 The two examples that I have given present perfect situations for a bluff and a double bluff, but of course, in the real world, board position, players' personalities, and the level of competition will be factors that influence the success rate of the bluff. The same bluff might not work the second time, so you should always mix your style between bluff and double bluff to avoid your bluff style being called by your opponents. Trust me, there is no 100% success rate of bluffing, but the most important thing is that you know what is going on the next time your opponent makes an impression, regardless of whether it's a sad or happy look. I hope everyone has learned a thing or two on bluffing and that this article has shown you the importance of being able to bluff your way to victory – and use that knowledge as a defense kit against formidable bluffers in the game.

Till next time, happy bluffing.