he Bazaar of Moxen tournament series, in Annecy, France, recently added Modern to its suite of Eternal offerings, with the main event drawing 307 players. At the end of the day, Serafin Wellinger was the last player standing, piloting a unique green-white deck with a variety of disruptive elements.

The core of this deck uses Leonin Arbiter and Thalia, Guardian of Thraben to restrict the mana of opposing decks. Leonin Arbiter increases the power of Path to Exile or Ghost Quarter, preventing the opponent from searching up a basic land. However, the deck is more than just mana denial. Restoration Angel and Flickerwisp provide a quick clock, especially when combined with Blade Splicer. To top things off, Serafin's sideboard is filled with some of the most hateful cards in Modern, with nearly something for everyone. Of particular note is Akroma, Angel of Fury, who can only be cast in this deck via morph. Flickerwisp and Restoration Angel are needed to unlock the Angel of Fury. 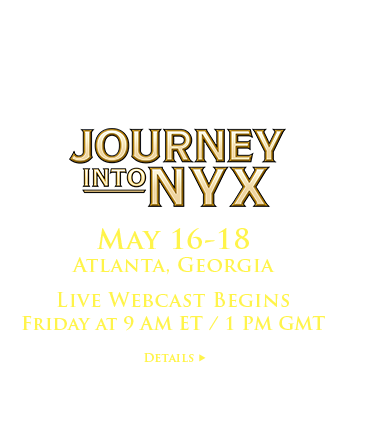