Behind the Scenes: Creating the World of Kamigawa

t was the winter of 2003, and after much debate R&D’s creative group agreed to explore a new plane for Magic’s upcoming expansion code-named "Earth." I knew the game designers were going to bring back Legends, and there was a lot of buzz to explore a realm similar to what was done with Arabian Nights. After all, I knew Richard didn’t want to go to the Orient right away, but it had been 10 years since the release of Arabian Nights release and we felt the time was right to explore a plane inspired by the Japanese culture.

In the early stages of the development, Brady Dommermuth and I were consumed with research. We had to deliver a Japanese-inspired fantasy setting that would be accepted by the Japanese market, look like something we had never done before and still be 100% Magic. We knew we had our jobs cut out for us, and would have to put together an all-star team of concept illustrators to pull this off. I brought in Hugh Jaimeson to work on big monsters like the Ogres, and Rob Alexander to concept the new environments. Anthony Waters was inchare with a lot of the crazy kami spirits.

Things were looking good; however, I was still missing one crucial piece of the puzzle: I needed to find a lead concept artist from Japan. I did not want an all-American team of artists, and felt that a Japanese artist would bring an authentic feel to this new Magic world. This is when I discovered Ittoku Seta. Each day before drawing he’d spend about an hour doing sword sets to inspire his creative spirit. He said the sword got his mind focused for the pencil. I heard you could tell a lot about an artist by watching how they use their sword. The rest of the guys were happy to start each day with push-ups. 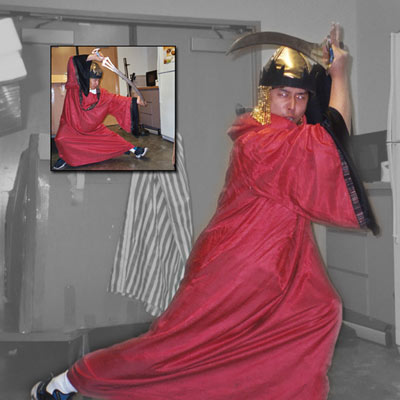 We had a pretty good story plot and we knew we wanted this new world to be loosely modeled after the "Sengku Jidai" period in Japan.

In Japan, as with every culture, there is a spirit realm filled with ghost and spirits. Normally our day-to-day world never mixes with this spirit realm except for the occasional ghost sighting here and there. But we needed a setting where all the spirits from this "other world" could manifest into the normal everyday physical realm that humans exist within. Shinto suggests that every object in our world contains a spirit inside. Well, what if those spirits started manifesting into our world? What if all the kamis of our dreams and nightmares showed up at our front door? This was a fascinating creative challenge.

How would you be able to tell a spirit creature from an ordinary monster? What would they look like? I knew I wanted the spirits for this "other world" to look strange, so it would be clear that these things were not from our "normal" world. Of course, the artists did not let me down. They came up with an idea that when a spirit manifested into our world they would be a bit unstable, creating strange energy objects orbiting around itself. When a kami was killed or sent back to the spirit realm the objects would dissapear. The idea sounded solid. It was a great visual cue and we ran with it. You can see the energy objects here in these early sketches of Kami concepts: 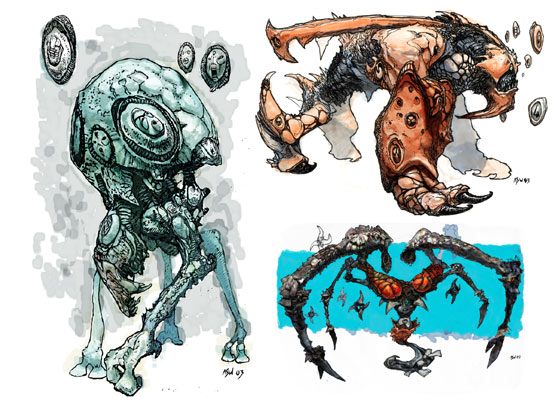 Hugh was busy coming up with great characters and creatures for this new world world. You can see some of his early ideas below. Here are his concepts for the "Bandit King," his war hounds and an early sketch of an Ogre concept: 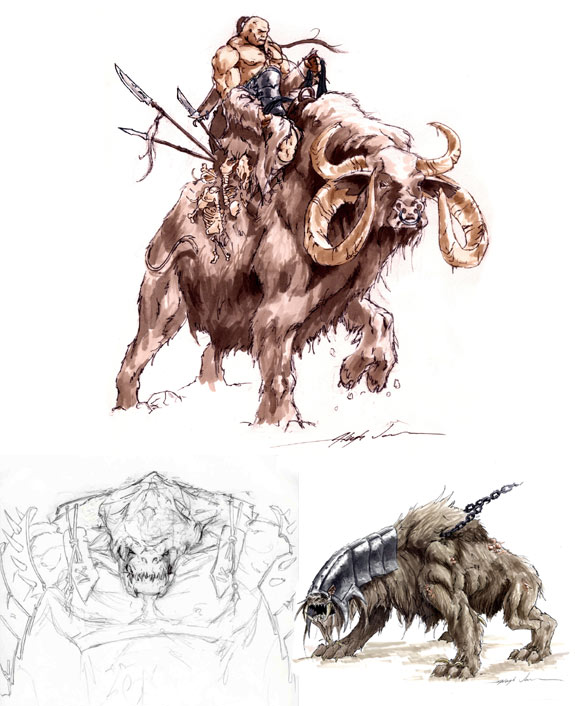 I still remember Hugh's, Anthony's and Ittoku's faces when they first saw Rob’s concepts for the Kamigawa land settings: 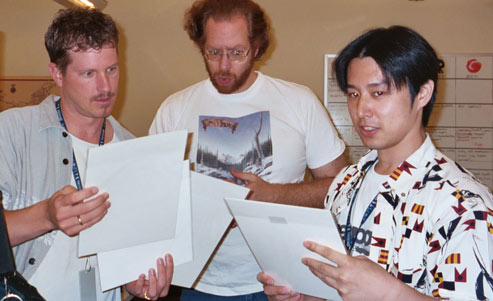 After the cool hard metal environments in Mirrodin we wanted to create some beautiful lush landscapes for Kamigawa, and Rob was the right man for the job. He came up with these strange battle-pocked "crater plains," beautiful floating islands and a magical waterfall, a dark creepy bamboo swamp, an ancient cedar forest and these really high frozen mountain peaks. They were beautiful! Here are some of the first concept sketches: 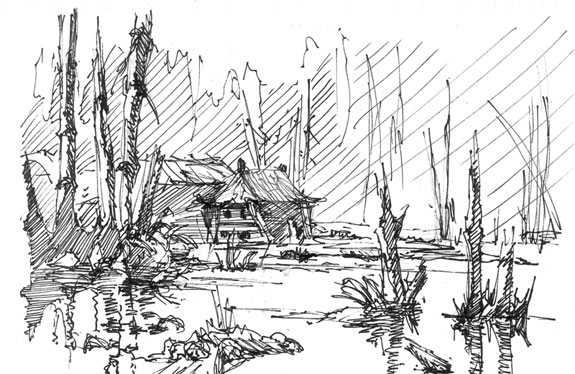 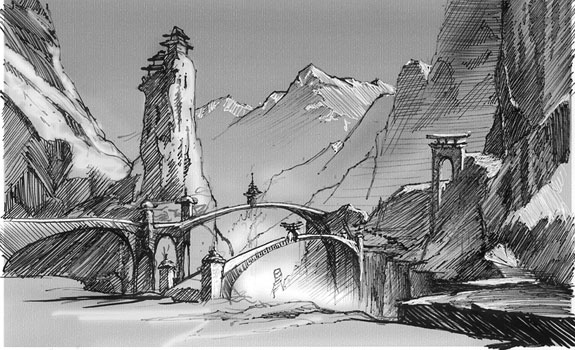 Then there were the new races that would be specific to Kamigawa. At our lunch breaks, we would sit around while Ittoku would tell us Japanese folklore stories about this race of "Tsukibito" who lived on the moon and would travel down through the sky to visit the earth. He told us about these strange little mischivious Akki creatues and the clever magical Kitsune. I was really getting into the stories, and they inspired us to create five new races: Foxfolk for White, Moonfolk for Blue, Ratfolk for Black, Akki for Red and Snakefolk for green.

After everyone’s hard work, we posted all of the team's Kamigawa sketches on the wall and stood back to look at the results. We had done it! We created something that was original, authentic and was also very much Magic fantasy. As you can see below, we celebrated by putting on our best clothes and doing our best to smile for the creative team photo: 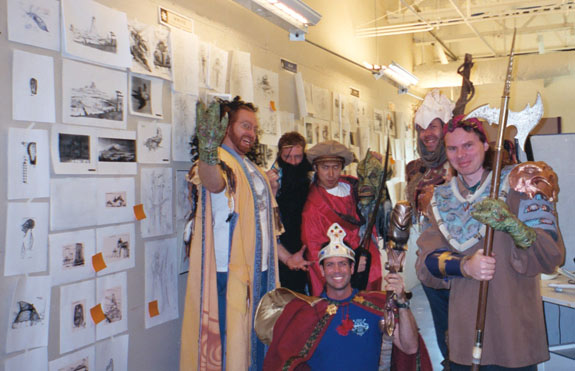 I hope you have as much fun exploring the world of Kamigawa as we did creating it!