The Biggest Deck in the Tournament 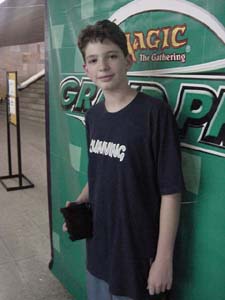 The deck, and player, that are the talk of the tournament

The last thing you expect from a player who earned his three byes through ranking is to bring a wacky deck to an Extended tournament. Well, Paulo Rosa did just that. When he approached the Head Judge to find out how he could register a deck with more than two hundred cards in the tiny registration sheet the story started to spread. By the end of round four he was already a star in the tournament. At the end of every round everyone wants to know how the tiny Paulo and his huge deck fared.

Here is the deck list (and yes, I can't believe I typed this in either): 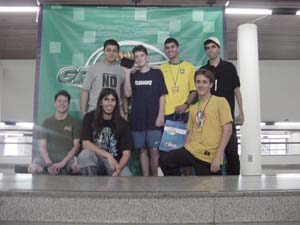 We are not sure the deck will take Paulo to the second day but it has sure given him quite an audience and a very fun day full of wide-eyed opponents. After five rounds, he was without a loss at 3-0-2.