here are three awesome images on Dragon's Maze booster packs. And you should already know all three! First is: 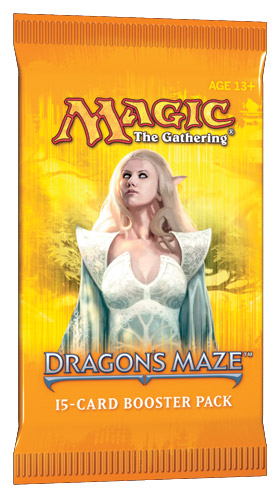 That's Emmara Tandris! She's the Selesnya maze runner who you haven't seen yet, but readers of Doug Beyer's The Secretist know who she is. 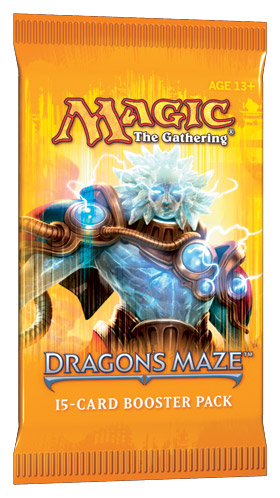 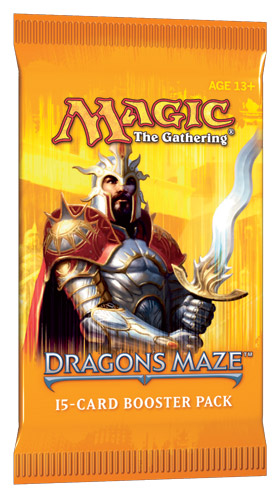 And here's Tajic, Blade of the Legion! The Boros maze runner with his awesome curvy sword. 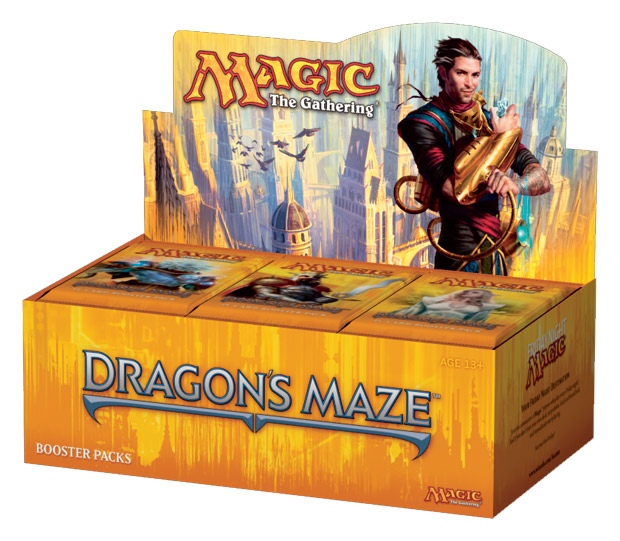 Also we'll be selling the awesome Dragon's Maze Fat Packs. Open the fat pack below to see what's inside. 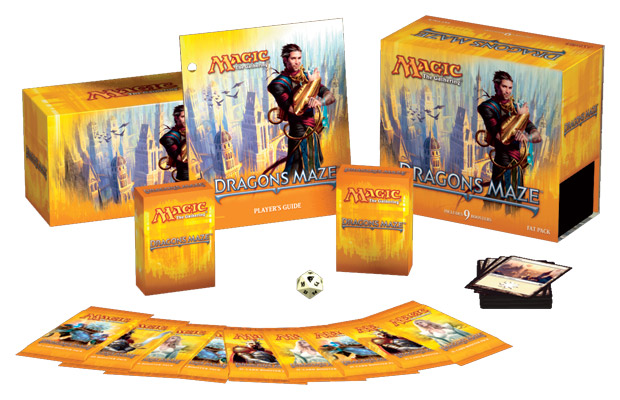 Inside the Fat pack is: