he Frag Dolls are coming back to Duels of the Planeswalkers on Saturday, June 26. And this time, they'll be playing on Steam!

Here's everything you need to know.

Play the Frag Dolls on Steam

On June 26th between 6pm - 8pm PDT members of the Frag Dolls and the Frag Doll Cadettes will be on Steam to take on challengers in Magic: The Gathering - Duels of the Planeswalkers. To get on the participant list just send a private message to their Steam forum account along with your Steam game account name (so they know who to challenge) and let them know you be available to play. They will then challenge as many of you to games as they can during the event. Good luck! You'll need it!

The Frag Dolls are a team of gamers recruited by Ubisoft to represent their video games and promote the presence of women in the gaming industry. Started in 2004 by an open call for female gamers, the Frag Dolls immediately rocketed to the spotlight after winning the Rainbow Six 3: Black Arrow tournament in a shut-out at their debut appearance. 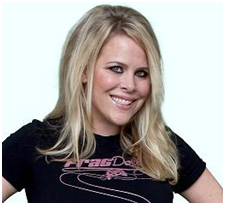 Amy Brady is known to many gamers as original Frag Doll, Valkyrie FD, and as Athena PMS, co-leader of the largest girl gaming organization, PMS Clan. She has competed at various pro-circuit tournaments on FPS titles that include Halo, Rainbow Six Vegas, and Ghost Recon. At Summer CPL 2006, her Frag Doll team made history as the first all-female team to rank 1st Place at a professional tournament. She was also a cast member on the hit gaming reality show, WCG Ultimate Gamer.

Amy spent many weekends camping with her buddies and playing Magic the Gathering in college,, although it has been years since she has been near enough to any of her buddies to play the card game actively. Lucky for her Magic has gone online and she has gotten a chance to become reacquainted with the game! If you were a fly on the wall in Amy's house you might find her cuddled up to one of her favorite supernatural romance novels or competing online in her many current games that include: World of Warcraft, Call of Duty: Modern Warfare 2, and of course Magic the Gathering: Duel of the Planeswalkers! 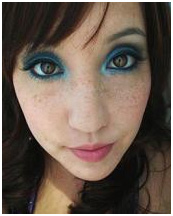 Michelle Roberson, also known as PMS Sunie, has been a competitive gamer for the last 6 years, concentrating mostly on Warcraft 3: Defense of the Ancients (DotA), Heroes of Newerth (HoN), and Halo 3. She has played for numerous competitive organizations including PMS Clan and Team EG. She was also lucky enough to be chosen as a Frag Doll Cadette! Sunie is a fan of D&D (3.5 please!), Sci Fi and Romance novels, and used to play a ton of Magic: The Gathering at her local Friday Night Magic. She currently resides in northeast Florida and is going to school to study Marketing and English. You can usually find her at different gaming events demoing various games or products 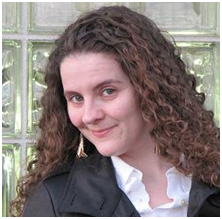 Kaitlyn Chantry, also known as Lirael, is an avid fan of all things gaming, from tabletop RPGs to first-person shooters. She took a long hiatus from the competitive and addictive world of MTG before jumping back in with Duels of the Planeswalkers.

Kaitlyn has competed in tournaments for Splinter Cell, Halo, Rock Band, and Team Fortress. If you were a videogame with awesome co-op, clever design, and great storytelling, Kaitlyn would probably marry you. She pays the bills as a journalist and professional theater director. She likes swing dancing, Shakespeare, and puzzles. 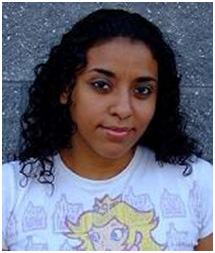 When Daniela Lao, also known as GypsyFly PMS, is not playing games or Magic: The Gathering online and off, she is a full time English major and Writing Minor who resides in Florida. She enjoys writing science fiction, horror and children's books, which don't exactly go together, but feels that didn't stop Stephen King or Neil Gaiman. She is an avid collector of comics, classic books, game collectibles, bad jokes, 80's toys and conspiracy theories. She also serves as the longtime site administrator and Marketing Director for PMS Clan. As a Frag Doll Cadette, Gypsy hopes to help promote the FD Community and mission online and at events.

For the rest of the time, when she is not sitting down at a computer, console, or table, she is at the beach, camping, in the park, or traveling the country to industry events for work. Gypsy is currently about to take her SCUBA test as well as her first skydive this year. She'll try to convince someone to let her do both of those at the same time so it can technically be "skydiving". 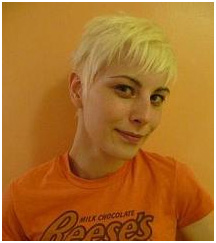 Karen Rindone, a.k.a PMS Euphie hails from New Jersey. She knows that a lot of people say they're life-long gamers, but for her she feels it is the truth. When she was just four years old her dad handed her a NES controller and introduced her to Super Mario Bros. Eighteen years later and she is still gaming-only now she is the Practice Co-Manager for the North American Call of Duty Modern Warfare 2 division of the PMS clan!

Most of her time is spent working with her fellow clan members and gaming. When she is not managing practice sessions she likes to spend time with her friends and family. Lately you can find Euphie playing games such as: Call of Duty: Modern Warfare 2, Splinter Cell: Conviction, Magic: The Gathering Online and Just Dance! 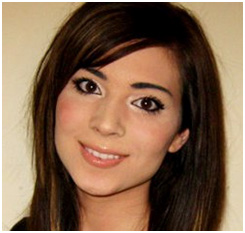 Gaming and art are two hobbies that Melonie McElhannon, also known as PMS Whisper, lives for! Although shooters and action/ adventure games, such as Modern Warfare, Gears of War, and Splinter Cell are her favorites, she also has interest in all things nerdy, and is always open to games of various genres. This is what has sparked her interest in Magic the Gathering; it's new territory for her, and she would love to master it!

When Melonie is not gaming, she's intently drawing away comic book style artwork on her computer while listening to her favorite rock music. Art has always been a big passion for her, and her dream is to someday publish a graphic novel. Outside of her fun activities, Melonie has a degree in Web Development, and is also taking her education further by studying Marketing.

You can find Melonie shooting away on Xbox live or chatting it up on the Frag Dolls forums!