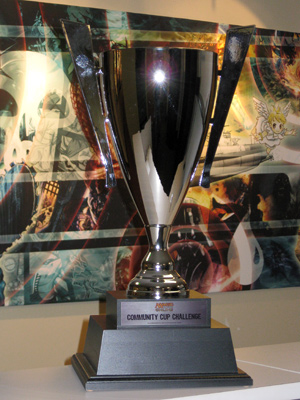 As we work toward finalizing the Community Cup details, we wanted to announce the constructed formats as early as possible so you, the community at-large, could get your creative juices flowing. So without further ado, here they are:

*For the Commander – Unified Constructed tournament, each team must create eight (8) 100-card Commander decks (one for each player) using a card pool that only contains one (1) of each Commander-legal card available on Magic Online.

**For the Standard – Unified Constructed tournament, each team must create eight (8) 60-card Standard decks with 15-card sideboards (one for each player) using a card pool that only contains four (4) of each Standard-legal card available on Magic Online.

In addition, all Magic Online users that post hints, suggestions, tactics or strategies in the Community Team Commander Deck Strategy and Standard Deck Strategy threads (and other Community threads as they become available) will be eligible for the soon-to-be-announced prize(s) that your community team will be trying to win you. Just make sure you include your MTGO account name along with your suggestions.